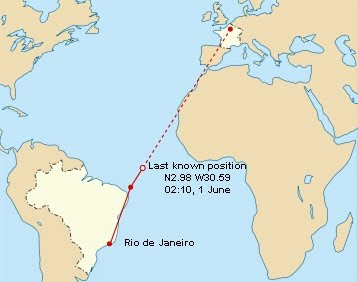 I have written previously about how, following a tragedy, someone will survive against all of the odds. It's as if the person concerned has something still to do in life, an important role to play - so the powers that be save him or her.

There are so many instances of this but perhaps there is also a time to die, a time to move on.

What made me think this way was reading about an Air France flight scheduled from Rio de Janeiro to Paris that crashed into the Atlantic Ocean on 1 June 2009, killing all 216 passengers and 12 crew members.

There was, however, a survivor: an Italian woman Johanna Ganthaler. She and her husband arrived late at the Rio airport following some unexpected delays so she missed the flight she had booked. The couple had been on holiday and managed to get a flight the next day instead.

So had Johanna Ganthalera still a role to play in life? It appears not.

A week later, while driving near to the town of Kufstein in Austria, her car veered off the road and she was killed. Her husband survived - perhaps it was him that still had something to do in his present life.

For his wife it was, sadly, maybe her time to die.