Where Do Wandering Cats Go? 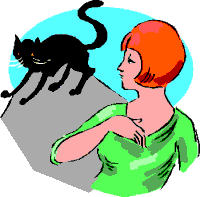 Dogs get quite attached to their human families and tend to rely on them for food, exercise and love. Cats are different. Most have an independent streak and can wander off without a second thought. Take Willow for example.

Willow lived happily with her human family in Boulder, Colorado but in 2006 she wandered off to ... well nobody knows. Perhaps she felt the urges from some previous life but, whatever, she turned up in Manhattan on the 14th of September - this year! She'd been wandering, or doing something or other, for the best part of five years.

A kind person saw Willow looking kind of lost and forlorn and handed her into a cat shelter. Luckily she was microchipped and her human family were easily traced. It was quite a shock and family member Jamie Squires said, "If I could, I would microchip my children." Which isn't quite what I'd have said if a long lost cat had suddenly returned to the fold. But fortunately Big Brother isn't fully with us - as yet. No doubt one day we will all have microchips.

A nice story but not unique. Some cats like to wander. Take Geoffrey in the Telegraph story a while back. 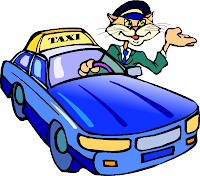 Geoffrey lived on the Isle of Wight, off the south coast of England. He disappeared from the island and was found three weeks later in Whitby, North Yorkshire several hundred miles away. He must have had a good map as this would have necessitated a ferry ride and then either a coach or train.

We've had lots of cats over the years in my family: There was Bonzo, Kayley, Herby who actually turned out to be a Herbina, Mixie, oh and Black Cat. She was with us for nearly 18 years but we never got round to giving her another name. Luckily, none of them wandered off too far.