67 Years After The D-Day Landings They Meet By Coincidence 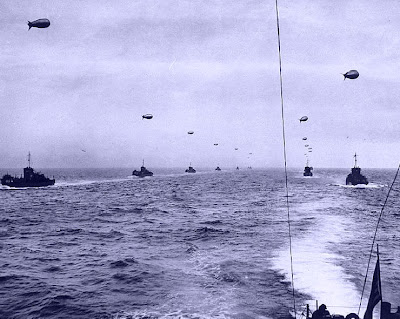 This is a touching true coincidence story I read in the Daily Mail, but I have put this into my own words.

Clifford Baker and Bill Betts, were part of the D-Day Landings in World War 2. Clifford will be 98 today and Bill is a mere lad of 88.

67 years ago they were soldiers with the Essex Yeomanry and had been friends during two years of training as radio operators. They were then dispatched to Normandy in France and were part of the invasion on the beaches at Arromanches which helped to change the course of WW2.

The last time they had seen each other was at the time of the invasion. Bill was shot in the leg by a German heavy machine gun and lay injured. Clifford saw his friend but was told to carry on and run past him.

Bill lay on the beach for eight hours until he was finally rescued by US forces.

Bill and Clifford had not seen each other since that day but a remarkable coincidence changed all that.

Bill was revisiting the Normandy Beach and went to sign the town's remembrance book in the D-Day museum. As he did so he noticed that the previous name was none other than Clifford Baker, his old friend.

Clifford, on an unconnected visit, had signed the book just 20 minutes earlier and what's more Bill was able to find him in the car park. They had a tearful reunion and embraced each other after 67 years.

Clifford told reporters, "Clifford and I were suddenly face to face so you can imagine how emotional that was. We had a chat about D-Day and events that happened such a long time ago. The memories of it all are still very clear in my mind.

I was so pleased to return to the very stretch of beach on which I landed all those years ago. The meeting with my old comrade Bill was unexpected to say the least but very happy and emotional. I thought I'd never see him again."

Sometimes it's easy to forget what men and women like Bill and Clifford did for us during the second world war. How wonderful that they could meet up again. It was surely destined in the stars - or wherever - and was meant to happen.

The photo, which is in the Public Domain, shows a convoy of Landing Craft Infantry sailing across the English Channel toward the Normandy Invasion beaches on "D-Day", 6 June 1944. Each of these landing craft is towing a barrage balloon for protection against low-flying German aircraft.