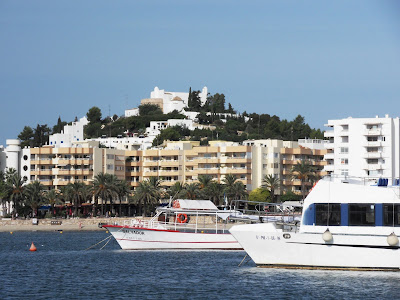 As we approached Santa Eulalia by boat - while on our holiday in Ibiza - the town's church was easily seen, high on a hill in the background.

The Puig de Missa dates back to the 16th century, and is under the district of the parish of Saint Mary. In west London, as a baby, I was Christened in the church of Saint Mary where my parents had been married, so a bit of a coincidence there. 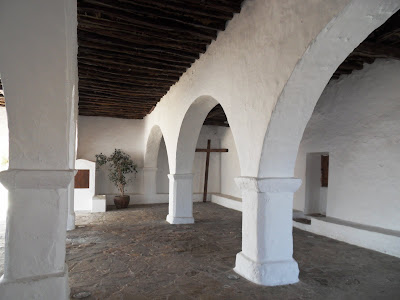 I felt quite at home after climbing to the top of the hill to visit the Santa Eulalia church - as I like arches! And the church has many fine examples, as can be seen by the photos. 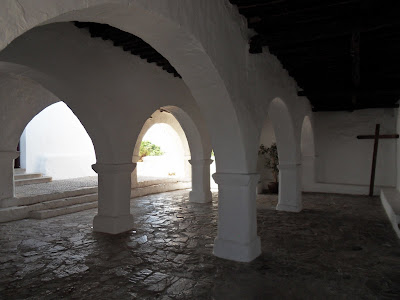 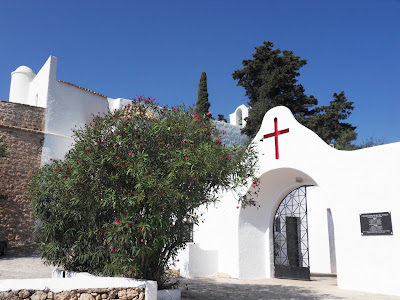 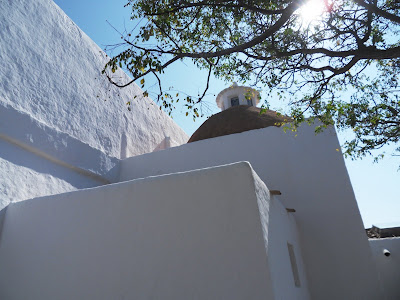 From the church there are great views of the town, sea and countryside. Look to the east and there is a Roman bridge, which was originally used as the route into Santa Eulalia town. After our visit to the church was over we made our way to see the bridge. 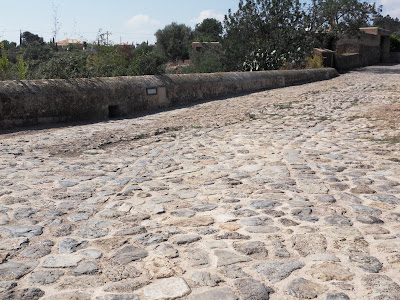 The bridge has recently been renovated and, in my opinion, a little too much work has been done. It's good that it has been preserved and not allowed to crumble, but somehow it didn't feel quite right. 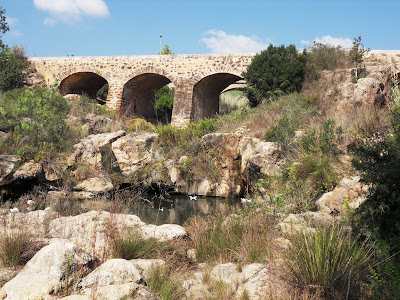 As for the Romans they date back to 123BC when they conquered Ibiza and the Balearic Islands.

Though Ibiza never became part of the Roman Empire they did rename the island as Ebusus.

More Ibiza Posts And Photos:
Ibiza Old Town And The God Who Strangled Snakes
Hippy Heaven On Ibiza Lives On
A Run Of Ibiza Coincidences