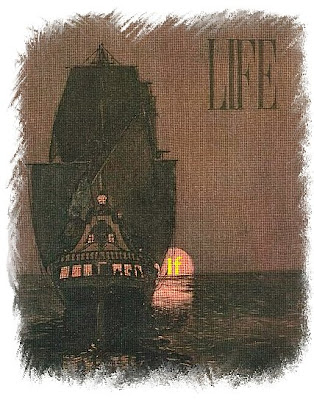 If is an important word in our lives. If we hadn't have been at such and such a place, at a specific time, we may never have met our wife / husband / business partner and so on.  There are probably many such examples within our own lives of ifs that have brought us to wherever we are now.

These ifs may have allowed us positive benefits or the opposite.  But imagine if certain people had never lived, or had died young, then our world may well have been a very different place to what it is today. Okay, all of us effect or influence the world in some way, but some much more than others. Take Adolf Hitler for example.

In Passau, Germany it is known that a young Adolf Hitler, who couldn't swim and needed glasses, was saved from drowning when only four years old. The story has recently come to light again from a German archive.

It appears that in 1894 Hitler was plucked from the icy waters of the River Inn in Passau.  There is a story from the Donauzeltung-Danube newspaper that verifies this, though describes Hitler as a 'young fellow' rather than by name.

The report describes how a 'determined comrade' (it was a very left wing publication!) went into freezing water to save the four year old boy after he he had fallen through thin ice on the river.  He would otherwise have drowned.

It has since be suggested that a priest, Johann Kuehberger, was the man who saved the terrified young Hitler.

Stories like this raise all sorts of almost opposing questions.  If Hitler had drowned would there have been a second world war?  Or was the 1939-45 conflict destined to happen regardless?

We often read stories of how someone lives against all the odds, when perhaps others have been killed.  I've always though that this person was saved because they still had a purpose to fulfil on Earth.  Others will say it was a pure chance coincidence.

I also wrote a post about how there may also be a time to die: Is There A Time To Die As Well As A Time To Live?

But what determines who dies and when?  Maybe it's dependent  on what our life's purpose was pre-ordained to be. Were we destined to be a tyrant or a hero? Or more likely something in between, in varying degrees.

So who controls all of the ifs which brought us to where we are now? Is it some higher power or our own mind, or unconscious, interpreting our individual thoughts, deeds and actions?

I guess it's up to us as individuals to form our own answers to the many questions of life. We'll have all sorts of influences as we meander through life but our own conclusions are the ones to trust.  If we don't think for ourselves there is a danger that someone else will do this for us, and our personal freedoms will disappear - and then we'll be left with if only ...