Bryce Dallas Howard And Her Family Of Psychics 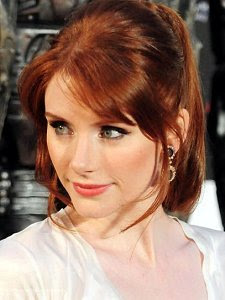 The actress Bryce Dallas Howard had this to say about her family being psychics:

"I come from a long line of psychics.

My sister can walk down the street and just know what's going on with people. She'll say, 'Oh they're going through a divorce' or, 'Their kid just went to college or, 'He's just got a great job'.

My dad's mum actually 'appeared' to my mum one night just before my grandmother died, while she was in hospital.

They went to the hospital the next day and the doctors said. 'Oh, we almost lost her last night, she passed away for a little period and came back.' Later that day she died.

I'm not psychic but I've experienced it with people close to me."