Reincarnation Changes Us For Better Or For Worse 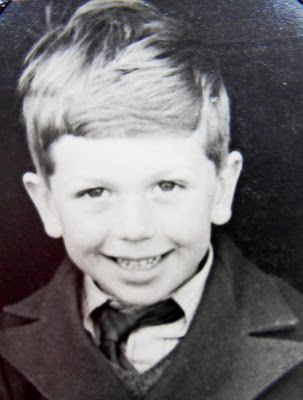 "But if there is such a thing as reincarnation then how come people can be so different from how they were in a previous life," asked someone I know.

I guess logically it may seem that if we do reincarnate we would be pretty much similar to how we left our last life. After all reincarnation is often used as an explanation as to why some children are exceptionally talented. Their soul / spirit or whatever carries over knowledge from previous lives. The likes of Mozart, a composer and musician at just five years old, would have learned how to play the violin and keyboard in a previous life.

If I'm truthful I'm not 100% sure what exactly happens following death - and I'm not convinced that very many do, no matter what they may claim. I do believe, however, that we live on and are eternal and that karma plays a role in our lives.

Reincarnation - if combined with karma - does explain why some people have problematic lives right from birth and others have the proverbial golden spoon. Wrongs and rights from previous lives are corrected in current lives - an 'eye for an eye' and all that.

"Yes, but this doesn't answer why a person in two following lives can be so different, does it?"

I'm not sure where it says that people are so different from life to life. But, if we think about it, we are actually many different people in a single life - and not just by way of appearance. Our thoughts and beliefs fluctuate throughout our life. Happenings come about to influence us. Some of these we reject while others we accept as true and so we adjust our beliefs and who we are.

The young boy at junior school (me in the photo) is different to the boy at senior school, to the young man, the married man, to the father and grandfather he became. Life happens: sorrows, happiness, mistakes, lessons, experiences continue to mould us into something slightly different.  It's the Law of Change in action.

So why shouldn't we also change and appear different from life to life.

There is an opinion that the Bible once contained the reincarnation belief, though many Christians will strongly disagree with this for obvious reasons. But the Bible has been amended going back to the Council of Nicaea in 325 AD. Some bits have been omitted - but again many Christians will disagree with this as well. It's interesting though that in another survey by the Pew Forum 24% of American Christians expressed a belief in reincarnation.

If we can believe in a God or a Supreme Power then why would we believe that He/She/It would allow such suffering in the world unless this could one day be corrected at some stage. Reincarnation with karma balances the books between good and evil and it also gives us the freedom to create our own and future lives for the better.