The Giants Of Somerset 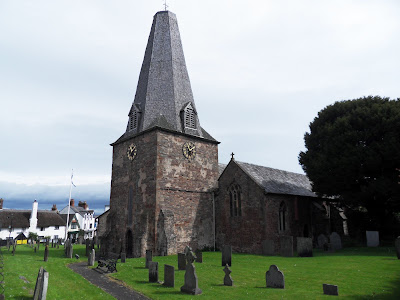 The moors of Somerset and the south-west of England were once inhabited by giants - yes really, if you believe in magic that is. But there is proof.

Look at the photo of Porlock church, Somerset above and then the picture below of nearby Culbone Church and you'll see the work of one of the giants. It's all in the church spires.

One of the giants snapped the top off the spire of Porlock's 13th century St Dubricius church, tucked it under his arm, and plonked it on the top of Culbone Church. The size was just right as this is the smallest parish church in England.

So there you are proof that giants weren't all bad. 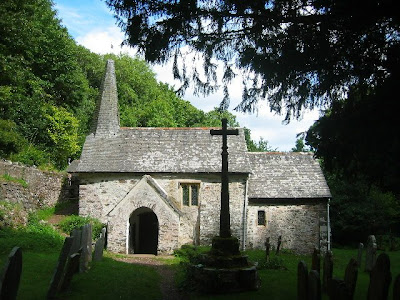 Porlock's St Dubricius has another claim to fame. He was the guy who is said to have crowned none other than King Arthur at Caerleon in Wales and later married him to Guinevere.

And there's another story: a person from Porlock also had an effect on Samuel Taylor Coleridge's famous poem Kubla Khan. If this person hadn't have interrupted Coleridge the poem would be longer than 54 lines.

Coleridge dreamt the poem. These are his own words as to why he was unable to write all that he had seen in his sleep: 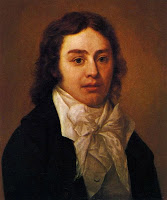 "In 1797 ... On awakening he appeared to himself to have a distinct recollection of the whole (poem), and taking his pen, ink, and paper, instantly and eagerly wrote down the lines that are here preserved. At this moment he was unfortunately called out by a person on business from Porlock, and detained by him above an hour, and on his return to his room, found, to his now small surprise and mortification, that though he still retained some vague and dim recollection of the general purport of the vision, yet, with the exception of some eight or ten scattered lines and images, all the rest had passed away like the images on the surface of a stream into which a stone had been cast ..."

It is generally thought that Coleridge had an opium influenced dream and that the unwelcome intrusion of the person from Porlock was someone from the Ship Inn, the oldest pub in the town, wanting him to settle his overdue bar bill.

Somerset, like Cornwall where I live, is full of legends, myths and history.

Other Somerset Posts:
The Clapper Bridge Where The Devil Sunbathes
Dunster And A Reminder Of Carefree Days
Synchronicity Starts With Samuel Taylor Coleridge
The Holy Well That Saved a Saints Head