The Over Powering Love Of Near Death Experiences 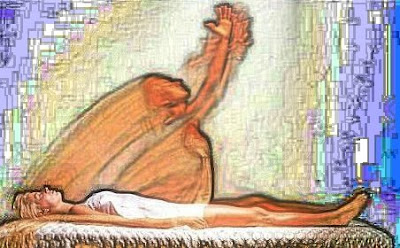 I was reading a long study by Dr. Pim van Lommel on the International Association For Near Death Studies website.

I don't want to repeat the eleven pages he has written - you can read this at the link above - but I thought I'd just publish part of his conclusion about Near Death Experiences (NDE):

"There are still more questions than answers, but, based on the aforementioned theoretical aspects of the obviously experienced continuity of our consciousness, we finally should consider the possibility that death, like birth, may well be a mere passing from one state of consciousness to another."

To reach his conclusion Dr van Lommel had carried out a clinical study of 344 patients who were successfully resuscitated after suffering cardiac arrest. About 18% of them had an NDE. The patients remembered details of their conditions during their cardiac arrest despite being clinically dead - even with a flat line brain stem activity.

I believe that we live on following what we call death but can understand why there are so many sceptics. Most modern science is on their side with various theories on how NDEs happen.

But - no matter what scientists and other 'experts' state - anyone who has actually experienced a NDE will be emphatic in what they saw and felt. Take this lady, for example, who wishes to be anonymous:

"Over the years, I’ve tried to find the words, but they don’t even come close to describing what I want to say. It was just the most-beautiful experience in the world."

She told her story to the The Columbus Dispatch.

At the age of 24 she had excruciating pain caused by a blood clot in her leg.

A very bright light filled the room and she found she was looking down on herself. Her pain had disappeared and she felt very safe and secure, as if arms were wrapped around her.

She witnessed thousands of scenes from her life and could feel the emotions of people she had either helped or hurt. A 'greater force' seemed to tell her everything she ever wanted to know but, unfortunately, she is now unable to recall what this was.

She became aware that her great-grandparents were accompanying her throughout what was happening. There were also other people she didn't recognise but she knew they were loved ones.

After a while she realised that she had to return to her Earthly life, but couldn't understand why.

She returned to her body and the pain and regained consciousness.

Needless to say she no longer fears death.

Kathi Beasley also experienced this same love with her Near Death Experience.

She said, "I was pierced by this incredible column of light that was iridescent, and it just filled me with the most unbelievable, unconditional love that I have experienced in my entire life. Nothing comes close, nothing. There’s no experience that I’ve ever had that is so deeply spiritual or meaningful to me at that moment.

Kathi realised she had to return to raise her daughter but even so she adds. "It’s so incredible and so beautiful you don’t want to go back,"

NDEs have been experienced for thousands of years. The first recorded is said to be in the 4th Century BC in Plato's The Republic.

But sceptics will tell you that the drug Ketamine produces all of the elements of an NDE when it is injected into normal, non-dying people - reference: Dr. Karl L. R. Jansen. But does this disprove that there is an after life? I don't think so.

What we believe, of course, is up to us as individuals.

Email ThisBlogThis!Share to TwitterShare to FacebookShare to Pinterest
Labels: Life After Death, NDE, Near Death Experiences