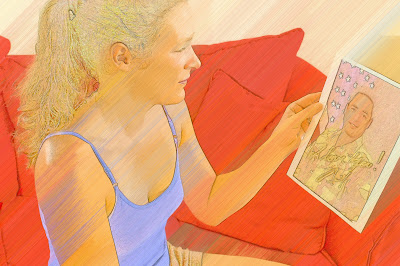 The post on 67 Not Out with the most views (one million plus) is Married Couple In The Same Photo As Children. It's about a couple who married and then discovered how the wife was pictured with her husband as children, completely by coincidence. They didn't know of each other at the time and their respective families lived hundreds of miles apart.

It seems, however, that similar coincidences happen more than we might think. To illustrate this, here are a few short coincidence experiences left by 67 Not Out readers. I have only altered any spelling errors or obvious grammatical mistakes.


Definitely also happened to a friend and I! She became my best friend in 4th grade and we've remained friends until this day.

A few years ago, I was going through old photos my parents had - and what do I find? A photo of me and my father sitting on a parade float next to my friend and her mom. We were three years old!


When I was 7, I was playing in my front yard in Garland, TX when one of the many airplanes going to the DFW airport flew overhead.

A voice in my head said "Look up. Your future husband is in that plane."

Thirty-five years later, I was discussing my husband's family's move to California with him and how they had a stop-over in Dallas. He had been on a plane that landed in Dallas exactly at the time that plane went over and I had that childhood psychic moment.


This same thing has happened to my husband and I.

One day we were at my parents home and he was looking through one of my old scrapbooks of camp and there he was in a picture I had taken six years before I even knew who he was!!!


I met my boyfriend, and months after we started dating, I met his sister, who just happened to have been one of my best friends in high school.

He's a few years younger than me, so it was kind of funny to think back on the days when his sister and I would pick on him and tell him to leave us alone because we were busy getting ready and doing teenage things. Hehe!


Hey, me and my husband were in the same place at the same time every weekend for about three months until I was single.

When I became single we met at a local club and have been together ever since and its been five years. Sometimes its not meant to be until its meant to be.


True Story: I was at the Octoberfest in Munich, when I overheard someone talking about my sister. What are the odds!


When my husband was in kindergarten he went to the same elementary school that I went to when I was in sixth grade.

We got married and have been married 32 years!

Many, many years later my mother married my father. They did not know about their grandfathers until years later. They were reading some old letters my father had. These were from the general and were adressed to my other great-grandfather. He was giving him orders and instructions on battle.

I now keep the letters, and find it funny that I am now somehow the result of this first encounter. Weird!