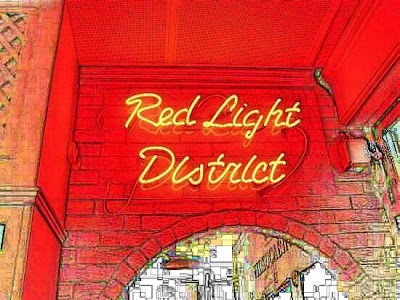 I've published several posts about finding money - the last a few days ago titled Finding Money: A Coincidence Or A Message. Today it's the same theme but a version from Sean a 67 Not Out reader.


"I used to find money quite regularly when I lived in Amsterdam. To be honest I usually put this down to people being slightly more, erm, 'relaxed' when wandering the streets.

There was one occasion however when my good fortune led to a friend declaring me as something of a warlock.

We all worked for free in a hostel in the Red Light district and were always light on funds. One weekend a co-worker invited us for a weekend to her home in Leiden. As usual we were broke and as we left the hostel I turned to my co-worker 'Philo' (I include his name because I figure that if ever there was a site that someone I haven't seen in twenty years might happen across a story in which they appear it's this one!) and said "Oh man! Travelling all that way without cigarettes! Nightmare!"

We left the hostel as a group and headed towards the station (I was listening to the Walkman that I had purchased after exchanging the 50,000 Peseta note that I had found after cleaning the room of a group of Spanish students who had just left (but that`s another story).

As we crossed the road towards the station I noticed a 50 Guilder note laying on the floor. I picked it up and turned to Philo saying, "Look what I just found".

It was only when I turned back the other way that I saw the tobacconist shop on the other side of the road. I bought cigarettes for everyone and thanks to karma my predicted 'nightmare nicotineless journey' was averted!

This, coupled with all the other money I just happened across, did however (as I said) lead Philo to the conclusion that there was something 'not quite right' about me.

I gave up smoking ages ago but I`m still quite lucky when it comes to finding or winning money. I actually won two grand on the lottery after having a dream about the amount I would win (dreaming the numbers would have been handier!) and took two mates back to Amsterdam for a lost weekend."

Other 67 Not Out Posts About Money:
Seed Money Brings A Tenfold Return
Magic Talisman Attracts Money
A Precognitive Dream Made £56 Million For Charity