The Mars Curiosity UFO Photos Plus A Pinch Of Salt

Nothing too serious today. I was looking at the NASA web site and saw the photo below - this is the link. It is from a selection of raw images sent back from Mars by Curiosity.

There is something - a small dot - in the sky, which I have circled in the second photo. 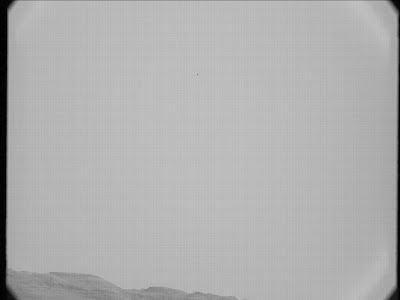 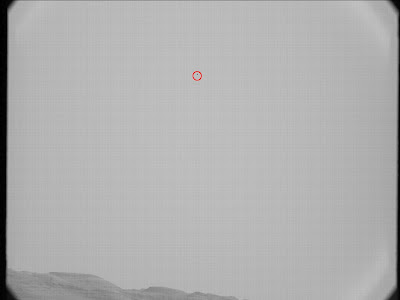 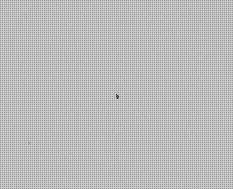 And if I enlarge the image, as per the photo on the right it has a definite shape.

The technical, official answer is that these are simply dead pixels on the imager. But if we want to float off into conspiracy land then they would say this, wouldn't they?

I did a bit of a search on Google and I found that the Daily Mail had similar images of something which seemed to be heading across the Mars sky.

As the pics are by NASA I understand that they are in the public domain, so here they are below. If you look closely there is a white dot that starts about an inch from the left of the top photo and gradually 'moves' across the horizon to the right when we reach the bottom photo.  Obviously more dead pixels! 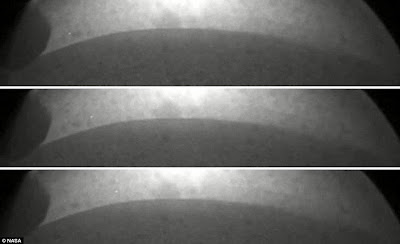 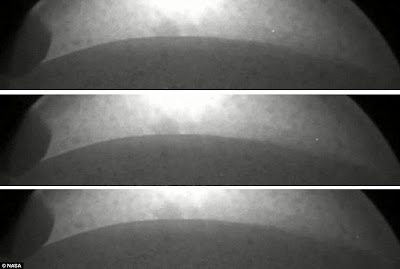 Okay, the thought of UFOs over Mars may be taken with a pinch of salt, but there again who knows ...

Other UFO Stories and Posts:
Compelling Proof Of UFOs Goes Missing
The Aircraft Swallowed By A UFO Mystery Updated
The Bizarre UFO Mystery And a Man Found Dead