Magic Which Brings Coincidence And Synchronicity 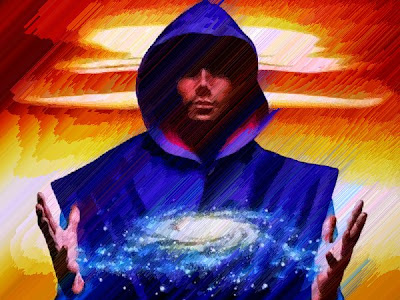 As I see it the answers and creations found by practising some forms of magic or visualisation techniques are often brought about by synchronicity or coincidences. Here's an example of what I mean about a Druid called Adrian. He needed a solution to a problem and, after performing a ritual, the answer came about by 'coincidence'.


"Working magical rituals is incredibly powerful. One of the most striking experiences I've ever had using this kind of magic involved trying to sell my grocery shop.

After years of working there, I had enough of it, but could not sell it to anyone. Finally I decided to try magic.

I arrived at the shop early one morning and performed a Druid ceremony, which began with casting a circle amongst the cabbages and cauliflowers, sprinkling the circle with water from the sacred island of Iona in Scotland and burning sage as an incense.

I then opened my heart and begged the spirits to set me free. The ritual done, I cleared up and got on with the day.

Lo and behold, the following morning at 6 am, I arrived at the fruit market to purchase the day's produce and was accosted by a salesman who had just been made redundant. He told me he wanted to buy a grocery shop, and I offered him mine. Ten days later contracts were signed and I stood in the shop for the last time.

Magic or coincidence? I believe it was magic. I was finally free, and felt fantastic."

More posts on this subject:
The Secret Answer To Problems And Questions
How To Get A Car Parking Space Using The Power Of Coincidence
Ask And By Coincidence You Might Just Get It