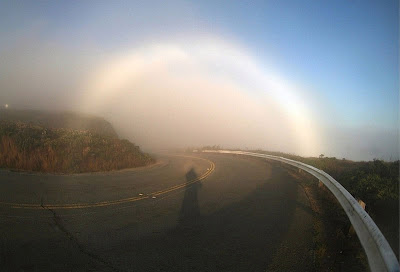 Until today I had never heard of a fogbow - but I'll look anywhere for that illusive pot of gold! 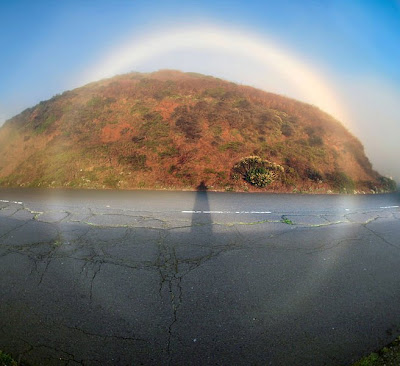 A fogbow or fog bow or white rainbow or cloudbow is similar to a rainbow but appears in fog or mist rather than in rain showers.

Rainbows are formed when sunlight hits large water droplets, displaying a spectrum of colour. However, in a fogbow, the water droplets in the mist are too small to refract and reflect light, meaning the arc appears to be whitish in colour. Well that's what I'm told. 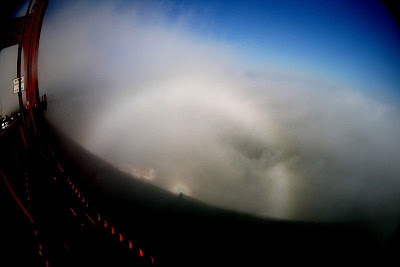 The photo above was taken from the Golden Gate Bridge, San Francisco.

Maybe fogbows are common in your country but, as I said earlier, I have never heard of them before today and have definitely never seen any in England. It's good to hear about something 'new'.

Photo credits: Top two by BrokenInaGlory and bottom two are in the Public Domain.

Rainbow Posts:
The Double Rainbow Falls Into Place Perfectly
Black Elk On Peace And At The Door Of Death
It's Going To Be A Special Day