A Third Of British Homes Are Haunted 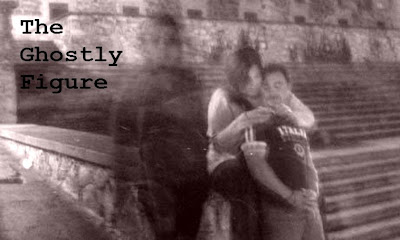 Statistics are often a bit dodgy but here are some thought up, sorry researched, by the AA's Home Emergency Response Service. They are about the paranormal and strange goings on in Britain. Not too sure why they would want to carry out such a survey, but there we go.  All they are quoted as saying is, "Millions of Britons have encountered strange goings on in their home they couldn't explain."

What have the AA discovered:

33% of Brits reported haunting paranormal activity in their home.

People living in the West Midlands, are top for ghosts. 38% believe their home has been haunted. But in the South East only 25% experienced such goings on.

10% of British people say they have had the feeling of being watched.

8% Have felt scared on noticing a room suddenly getting cold.

6% have had electrical appliances turn on and off on their own.

3% say their lights have switched on and off by themselves.

12.5% have heard spooky noises such as footsteps.

Another 12.5% reported that their pets have behaved strangely at times for no apparent reason.

14% of British people have felt a 'supernatural presence'.

Other unexplained activities found by the survey included:

A music box playing on the anniversary of the owner's death.

Newspaper pages turning over by themselves.

People not present when a photo was taken appearing on the negatives.

Not sure what use such statistics are but I suppose it does emphasise that perhaps 'we are not alone ...'

P.S. I'd better point out that the AA stands for Automobile Association as opposed to Alcoholics Anonymous!

Ghostly Stories:
Kate Thinks The Ghost Who Wants Sex With Her May Be An Incubus
The Ghostly Ghost Photo Of The Brown Lady
Daisy The Gentle Ghost Who Loves Dogs