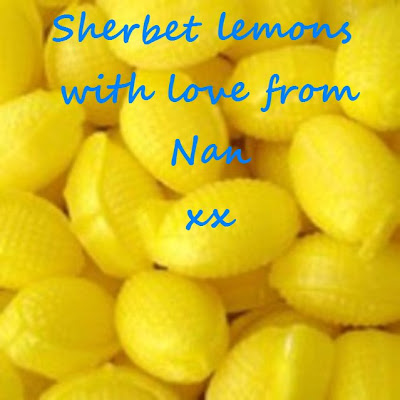 A different slant today about contact with people who have passed on. I have to say I haven't heard anything similar before, so my thanks to Pauline for sending me her story.


"Dear Mike,
I have read how you were able to smell your father's tobacco smoke after he died and also about how people have seen and been touched by those who have died. I've also read your recent white feather posts. But I have experienced something different that I haven't read about before, though I'm concerned that I may simply be imagining it.

My grandmother died in September. I was very close to her as when my parents divorced when I was small my mum and me went to live with her. She helped bring me up and looked after me with lots of love and understanding. If I ever had a problem she would be there to talk to and offer advice.

When Nan, as I called her, died I was very upset. The night after her funeral I went to sleep as usual but dreamed that she was with me saying she was okay.

I woke up remembering this and thinking that it was only a dream but here is the weird bit. I had a taste of lemon in my mouth. It was a very strong, distinctive flavour.

The thing is that Nan was always eating sherbet lemon sweets. The old fashioned sort that she bought in a small shop near to where we live. She said they reminded her of when she was a child and was always giving me one to suck.

Two or three days after my dream I was on my own in the house and was thinking about her when again I got this strong taste in my mouth of lemon. Funnily enough this made me smile and I said, "Thanks Nan for the sweet."

When my mother came in later (I'm 21 and live at home) she said that I looked a lot brighter than she had seen me since Nan's death. I told her it was because Nan had given me a sherbet lemon. Mum looked at me like I had a screw loose!

I explained about the lemon taste to mum and I was surprised that she didn't disbelieve me. We'd never talked about such things before but she said that she believed there was a Heaven and that we lived on.

Over the past weeks there have been several times when I have tasted the same lemon flavour in my mouth. I know it sounds silly but I really do think it's my Nan letting me know she's around by giving me one of her favourite sweets."

Other 67 Not Out Posts:
Where Is Heaven?
White Feathers Comfort The Bereaved
Did This Doctor Visit Heaven?