The CIA Inform Us How Long We Live 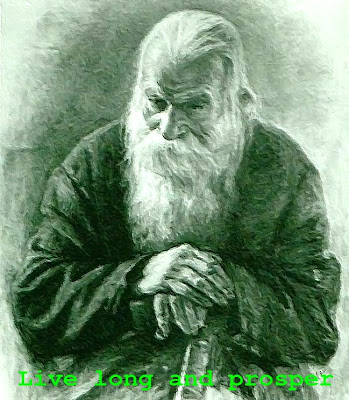 The CIA (Central Intelligence Agency) collates some varied sets of information. On their website, amongst other things, you'll find The World Factbook.

One of the statistics lists shows where you will find the highest life expectancy in the world. Might be useful if you want to outlive your peers - if you have the money and inclination  to move, of course.

It's in some of the African countries where there are the biggest problems. Angola, Swaziland, Sierra Leone and Zaire have life expectancies of just over 40 years. Wars and famine play havoc but also in some of these countries HIV/Aids infection rates can be as high as 40% of the population.

Other than in four countries women outlive men, one of the exceptions being Afghanistan.

No matter what the statistics of a country may be it doesn't mean we have to accept the figures as individuals. I don't feel that we should ever set ourselves any limitations to any part of our existence.

We are already programmed to a certain degree by our upbringing, what we are taught, the media and what we witness. But we don't have to accept any of this. With a little effort we can set our own standards.

My own grandmother lived to nearly 104 so my attitude is that if she can, so can I - and perhaps a bit (no, a lot) extra as well. There's much I want to do!

Live long and prosper, whatever the CIA say.

More 67 Not Out Posts:
How To Bring The Dead Back To LIfe
Whose Life Is More Important: The Scientist Or Gardener?
The Over Powering Love Of Near Death Experiences

Email ThisBlogThis!Share to TwitterShare to FacebookShare to Pinterest
Labels: longevity