The Ghostly Nurse Who Took Away Linda's Pain 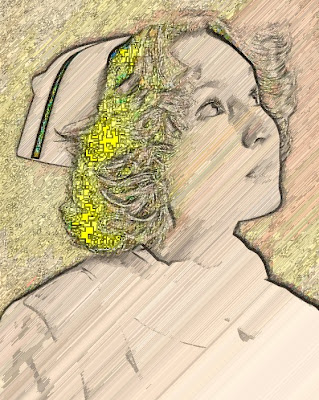 Sometimes when you meet people and they know you have been in hospital they tend to want to tell you all about their own experiences. Here's one such case with what might be a paranormal twist.

I'll call the woman concerned Linda to protect her privacy.

Linda was in a local hospital for major surgery and wasn't too happy with her care.  She said that the nurses seemed, in the main, to be uncaring and short staffed due to government cuts in funding. I must add that I personally didn't find this to be the case while I was in hospital. Nevertheless this is her story.

Following her surgery she felt a lot of pain for which she was given tablets but this didn't take the hurt away. She complained to the nurses but was seemingly told that they couldn't give her anything stronger.

The pain for her seemed much worse during the night and she says that on the third night in hospital tears were running down her cheeks. She pressed the button for the nurse on duty but felt that she was almost off-hand and lacking sympathy.

Linda says that once alone again the pain was almost too much for her to bare and she remembers saying, "Please help me someone."

A few moments later there was a nurse by her side in a white, almost old fashioned uniform.

The nurse smiled at her and told her that she would be alright and started to hold her hand. This Linda felt to be very comforting and the nurse sat in a chair, which was next to the bed, to stay with her.

After what appeared to be a short time the pain got less and less. Again the nurse told her not to worry and that everything would be alright. Linda eventually dropped off to sleep.

The next morning she felt a lot better and her pain was much, much less. She felt she was on the mend.

When the regular nurse came round as usual with tablets Linda asked her who the other nurse was in the white dress.

The nurse looked at her strangely and said there wouldn't have been a nurse dressed like that and told her the names of the nurses who had been on duty that night. It was suggested to her that Linda must have been dreaming.

Linda is now convinced that, what she calls, a 'ghost' visited her during that night and helped her through her pain.

It's interesting that when we actually ask for help it sometimes appears. In Linda's case was this from an angel, spirit, a relative who has passed on? Who knows for sure and, of course, it may simply have been a dream.

Other Ghostly Posts:
The Ghost Of A Nun Was Herself In A Previous Life
The Ghost Who Wanted Sex With Kate
Ghostly Rye: The Most Haunted Town In England