It's A Small World Coincidence 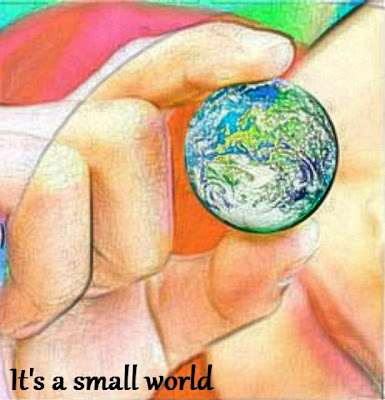 Here's a coincidence story I heard on a Tameside Radio podcast.

Anne Turner works on the desk at the Ashton Archives Office, England where people often visit when researching their family trees.

One lunch time Anne should have been off duty but covered for someone else. Two people walked in - a man and his daughter - to make enquiries about their family history. They were from Australia and the daughter had a strong Aussie accent. 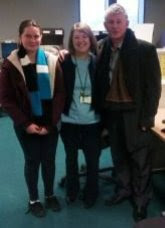 She asked them various questions to help with their search and had this feeling that the man looked similar an aunt of hers. When she heard his name, David Ward, she realised that he was a long lost cousin. David had emigrated to Australia over 22 years ago.

Anne explained: "I thought his face had seemed familiar but it wasn't until we started the search and he started running through family names that I realised the link. He continued to reel off names and I didn't like to interrupt at first but I was bursting to tell him who I was. When I eventually told him my name he immediately recognised me. Neither of us could believe the coincidence!"

Anne and David must have been destined to meet as (1) Anne shouldn't have been on the desk at that particular time and (2) David only had an hour to spare before he was due to catch a train to London and would be returning to Australia.

Though the re-united cousins only had a short time together they exchanged contact details and will no doubt now keep in touch.

That's the thing about coincidences and synchronicity it illustrates how we never know what's round that proverbial corner. Our lives can change in an instance.