Baa Baa Black Sheep Get Their Knickers In A Twist 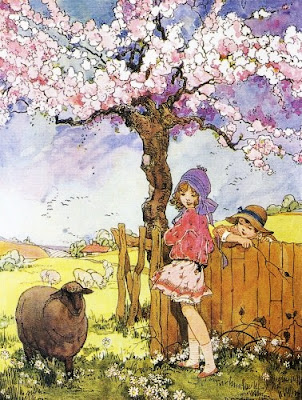 Baa baa black sheep,
Have you any wool?
Yes sir, yes sir,
Three bags full.
One for the Master,
One for the Dame,
And one for the little boy
Who lives down the lane.

My little grandson loves his Nursery Rhymes, especially when we all sing them. One of his favourites being Baa Baa Black Sheep. I say that but now, at the ripe old age of two years and seven months, he's getting more into Fireman Sam stories, putting out fires and dealing with 'mergencies.

Going back to those black sheep, the rhyme has become controversial in these days of political correctness gone mad. A neighbour told me how, at his grandchildren's nursery, they now sing Baa Baa Green Sheep. Has anyone actually seen a green sheep! I've also read of other places substituting rainbow, little, pink and happy for black.

In 2010 the BBC News reported that this rhyme was saved from being banned, at least in Birmingham, UK. They wrote:

"A warning that the nursery rhyme Baa Baa Black Sheep should not be taught in schools because it is 'racially offensive' has been scrapped. The guidelines by education chiefs at Birmingham City Council were dropped after black parents condemned the advice as ridiculous."

Thank goodness common sense prevailed. To think that a traditional rhyme going back, probably to the 13th century, should be done away with is quite 'nutty' - for want of a stronger word that won't offend anyone.

The earliest surviving version of Baa Baa Black Sheep dates to 1731 and the earliest picture (below) of an illustration is in Mother Goose's Melody from 1765. 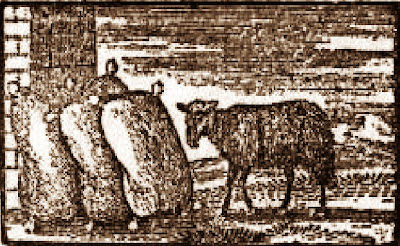 The problems in Birmingham arose because an interfering, busy body of a council inspector thought that:

"The history behind the rhyme is very negative and also very offensive to black people, due to the fact that the rhyme originates from slavery.

The rhyme has colonial links: 'Three bags full' refers to the three bags of wool which the slaves were told to collect and 'yes sir, yes sir' is how the slaves would reply to the slave masters when told to do a task.

For the above reasons it would be advisable to refrain from singing this nursery rhyme."

Codswallop! It's true that Nursery Rhymes often do have historical meanings but Baa Baa Black Sheep is about King Edward I of England in the late 1200s who felt he needed to raise more taxes. There were millions of sheep about so he thought a tax on wool would bring in a healthy amount for the King's coffers.

The King decided that one-third of the price of a sack of wool should be his (the master), another third should go to the church or other nobility (the dame) and the remaining third the farmer (the little boy) could keep for himself.

As for the sheep being black this referred to the fact that wool from a black sheep was valued much less than ordinary wool - nothing sinister in this, it was just difficult at the time to dye.

Perhaps it's just as well that my grandson is now moving on from Nursery Rhymes to Fireman Sam, Fireman Elvis, Officer Steel, Jupiter, Tom's 4x4 and so on. Much less controversial!

Other Random 67 Not Out Stories:
With Synchronicity And Intuition The Glass Slipper Has To Fit
16th Century Chalice Reunited With Lid Coincidence
The Red Balloon Coincidence