Food For Thought: Peas Or Peace 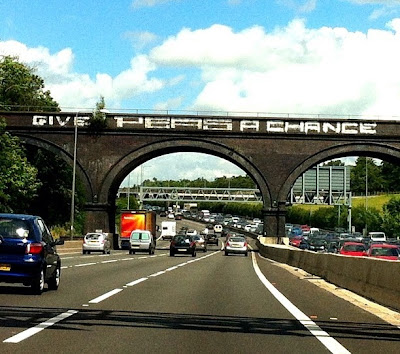 I was reminded of the above graffiti, which is on a bridge over the M25. This is the motorway that circles greater London. The 'artist' must be a John Lennon enthusiast, though perhaps not too hot educationally. The slogan reads: 'GIVE PEAS A CHANCE'.

Of course he may have been a vegetarian pleading to give certain vegetables a chance - in this case peas. 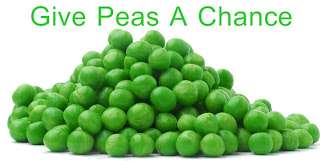 In these times though it would be good to think that the message 'Give Peace A Chance' as per John Lennon's sketch is still very relevant - and that we should all actually give it a go. 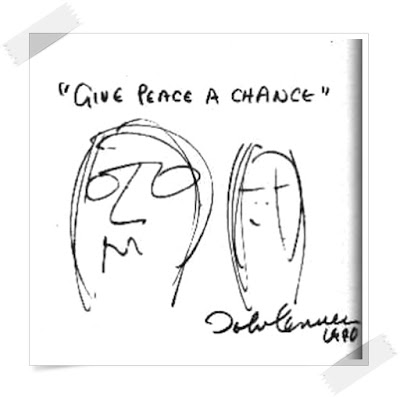 Going back to peas, they also have their fans too.

There is an annual 'Peasenhall Pea Festival' in the English village of Peasenhall, Suffolk which attracts hundreds of visitors every year. They have events such as Pea Shooting, the World Pea Podding Championships and a National Pea Eating competition. In 2012, the Pea Festival had an OlymPEAn theme, celebrating the London 2012 Olympics.

Maybe we should therefore give both peace and peas a chance. Food for thought.


And a poignant final photo. The above post was written a few days ago and in today's newspaper I saw this picture of the young boy, Martin Richard, who was killed at the Boston Marathon. He's holding a peace sign. I think this says it all. 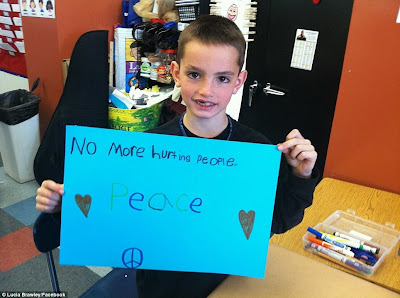