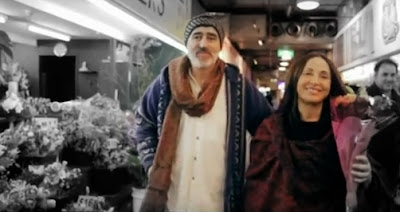 The following coincidence story is taken from an interview by UTG website with Leo Drioli.

Leo Drioli is the author of Every Moment's a Miracle and co-editor with his wife Enza Vita of InnerSelf Newspaper, an Australian personal growth publication. He has a blog Reflections From Eternal Vastness.


"I met George Harrison one night in the early eighties in the dream state. He took me across to a huge book. Turning each page I saw it was all written in Sanskrit, each letter shining in light and sound. I didn’t understand it intellectually but got it totally in the heart, recognizing the ancient wisdom as the path I was on. Filled with joy, I asked George, 'Are you also on the same path I am travelling?'

"Later that morning, as I was at work on my job as a printer in Sydney, I suddenly heard My Sweet Lord come over the radio, which triggered the memory of that night’s dream, thinking it to be an amazing coincidence. When the song ended, the DJ announced that George Harrison had been spotted having breakfast in a café in Sydney that morning! I had no idea he was in town, yet the dream manifested.

How do you view this? Simply as coincidence or possibly an example of the field of unity we all co-inhabit?"

Leo is also a singer/songwriter, and has just released his first single, Give It Your Love.


Other Posts With A Musical Theme:
Synchronicity Of Being Alone Again Naturally
Grand Funk Railroad Coincidence
Jimi Hendrix And Coincidences Through Time