Coincidence Between The Osama bin Laden Compound And Israel 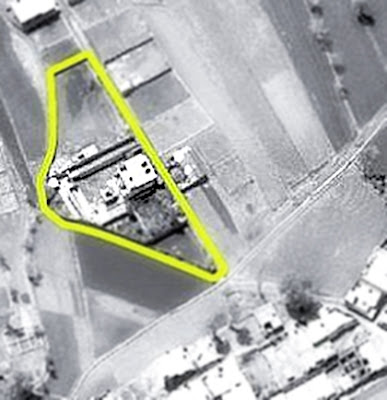 This post takes us back to May 2011 and Osama bin Laden - remember him? At that time he was shot and killed inside a private residential compound called Abbottabad in Pakistan. That's an aerial photo above, which is in the public domain, of Abbottabad.

The JSS News website - which calls itself a 'webzine of Israeli opinion' came up with a theory about the shape of bin Laden's compound.

The website got out their maps and discovered that there was a resemblance between the aerial photo of Abbottabad and Israel.

If we look at the main house, where bin Laden was killed and captured, this is located where Jerusalem is found on a map of Israel. The compound's gate parallels the location Tel Aviv, its dumping ground matches the location of Tiberias and another building matched the location of Haifa.

A coincidence or something more?

Here's the two comparison pictures below. 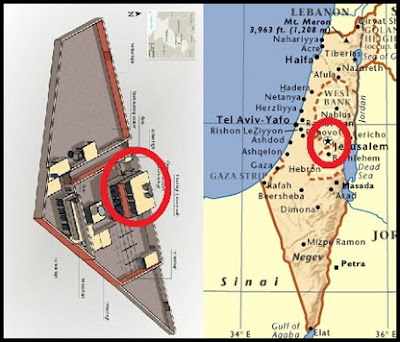 So, what do you make of this? I hadn't come across it before.