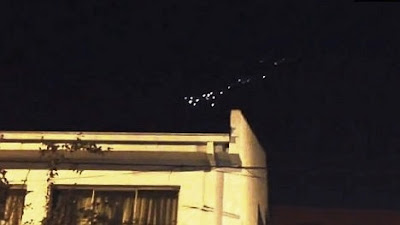 I was looking at some foreign language websites and came across these recent 'UFO' sightings. The above photo was taken in Temuco, southern Chile and has been described dramatically as a UFO Squadron or maybe it's simply something entering the earth's atmosphere and burning up. 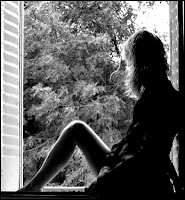 The Chile reference made me remember when I was a student and worked in a television and radio shop.

The 'super smooth salesman' was trying to sell a radio to a pretty young woman and told her how it would receive hundreds of radio stations and - if she sat by an open window - she would even get Chile. No idea why I thought of that!


And on a Romanian website Gandul I found a photo someone spotted on NASA's website. This is a photo of a UFO above the Earth, taken by NASA. It can be seen on their website here. The photo is in the public domain so here's a copy: 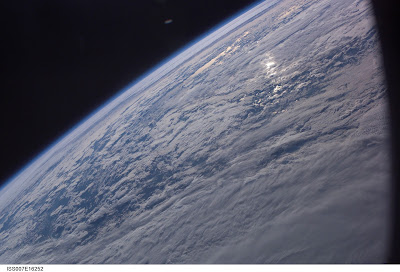 And a slightly bigger, but not so clear image, with a tiny red dot and line to the left of the photo. 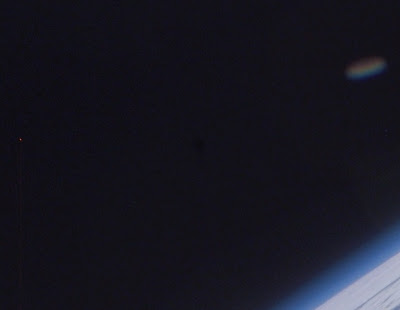 Okay, that's it for today.

Other UFO Stories:
10 UFO And Alien Stories
The Aircraft Swallowed By A UFO Mystery Updated
Photos Of The Peruvian And Mexican Aliens