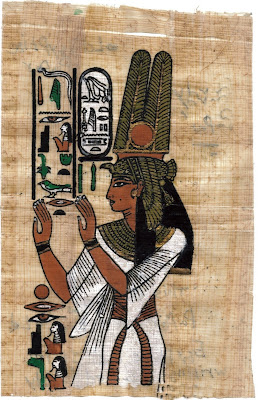 Last week I published a post about pipal leaves and the link with Buddhism. Like the leaves I also came across some papyrus paintings in my office. I was sent these over 15 years ago from Egypt in exchange for magazines I was publishing at the time - picture above.

Papyrus is the oldest form of paper, first created thousands of years ago by the ancient Egyptians. The 'paper' is made from the Cyperus papyrus plant - a type of bulrush - that grows on the banks of the Nile. 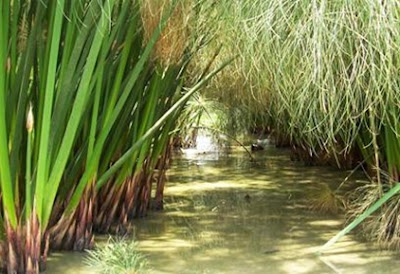 The word papyrus comes from the Greek word papuros. This is sometimes referred to by the Egyptians as pa-per-aa, which literally means 'of the Pharaoh'. The Arabic word of papyrus, however, is Bardy or maybe Warak Bardy,  The person who sent me the papyrus described it as Old Egyptian Bardy Paper.

The only coincidence I know about papyrus is with the The Mystery Of The Rosetta Stone. This is about a papyrus document that survived some 2000 years and helped with the translation of the Rosetta Stone.