The Strange Orbs And Mysterious Coincidences Of Tawstock 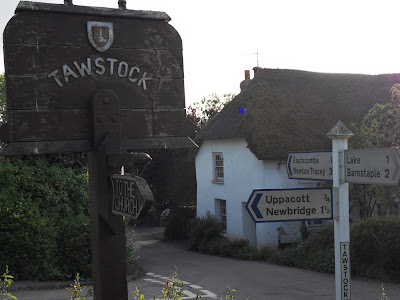 We've just come back from a short holiday in the small atmospheric Devon village of Tawstock, where we stayed in a 15th century thatched cottage.

When we arrived it was dull and overcast but the cottage was cosy and quaint. It seems that in the late 1400s it was used as a lodging house for visitors to the gentry at what was then the imposing nearby Tawstock Court. 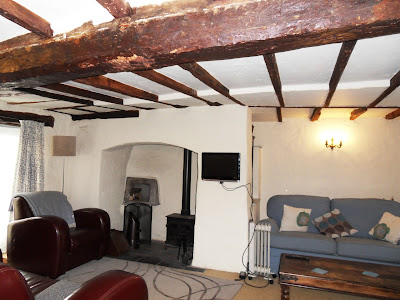 The cottage obviously had a dislike for new fangled technology. When I tried to use my mobile phone a message came up saying words to the effect that I couldn't make a call as I was in 'flight mode'. But whatever I did I couldn't overcome this - so no immediate communication seemed possible.

I wanted to phone my son to say we had arrived safely so I tried again later. This time my phone battery was flat - despite the fact that I had fully charged it before leaving home that morning - strange! 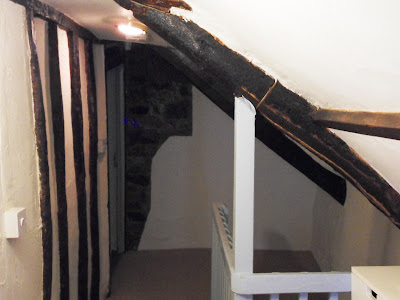 We looked round the cottage. The upstairs landing to the two bedrooms (above) was low with sloping beams and a creaky floor. One of the bedrooms had been furnished for children and I spotted a PG Tips monkey on a shelf. I thought this strange as I had previously written a blog about the monkey on this blog called The Monkey Proves That We See What We Need To See. But it got stranger! 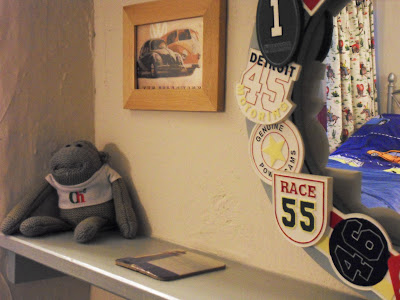 On the windowsill in the living room was a folder of loose photos. I took a look and the top picture was of Tintagel Post Office - which I had also written a post about just before I went away on this holiday.

And amazingly the second photo was of the Eden Project, which is near to where I live and, again, I've written several posts about this.

Then I noticed that the cottage owner's phone number ended in 0076 (meaningful numbers in my life).

All very odd, so we decided to go for a walk around the village to clear our heads. It was, by now, about 4.30pm. 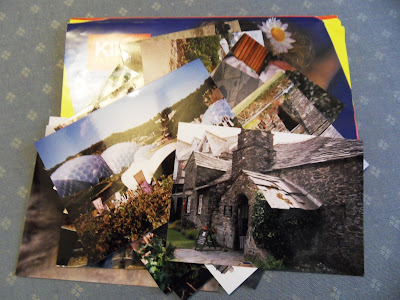 We walked towards the church, which is in a beautiful setting and, as the door was slightly open, we went inside. We didn't see or hear anyone so we started to look round. 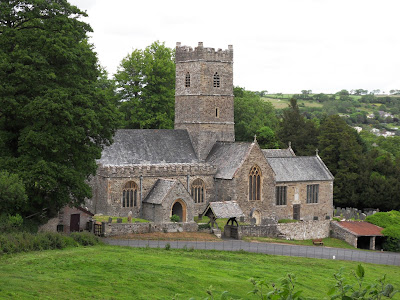 Lots of very old stuff to look at, going back to the 1500s, and also a reference to the Knights Templar. 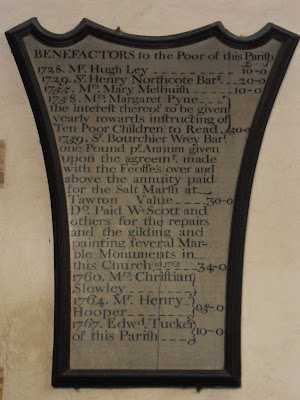 We got quite engrossed and then a voice shouted out to us. It was a friendly lady with a big, excited black labrador. We asked her if she was going to lock the church. She said she was, but she would give us the keys if we wanted and could drop them off to her later.

Again this appeared strange as she didn't know us - we must have looked honest or something. We didn't take up her offer of the church keys, it didn't feel right, so we walked on.

The next photo I took was of the original gatehouse to Tawstock Court (below), which I mentioned earlier. 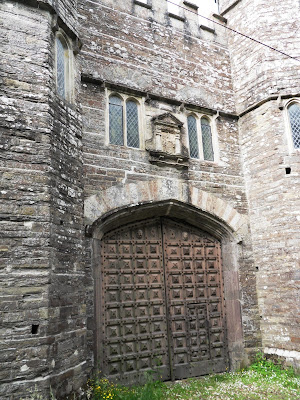 The Tawstock Court of the late 1400s is no longer there - all that remains is this gatehouse. It has been replaced by St Michael's School (Michael being my first name, of course). 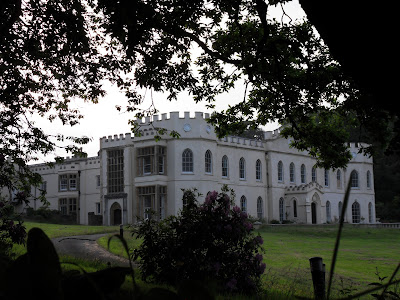 As it was getting dark we made our way back to Broomfield Cottage.

The next day I was in the front garden of the cottage - which just happens to be on the opposite side of the road - and took a quick photo. I noticed later that there was a blue orb on the thatch in the picture - and have just realised there is also a blue orb on the very first photo of this post.

Note: the photos haven't been altered - they are exactly the same as when they were downloaded from the camera - other than the bottom thatch pic was cropped to make the orb more visible. Click on any photo to make them bigger, 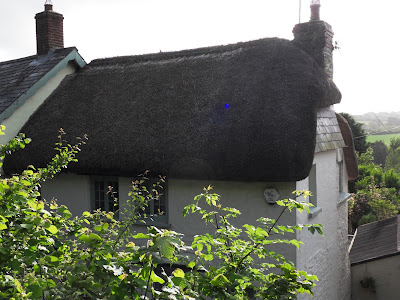 All in all a mysterious start to our holiday but ... 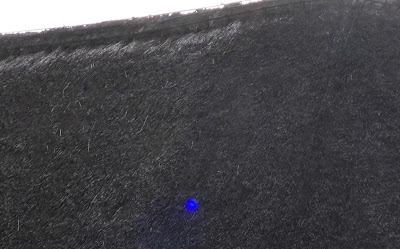 ... more to follow tomorrow, including The Red Sky And The Invasion Of The Scarecrows ... 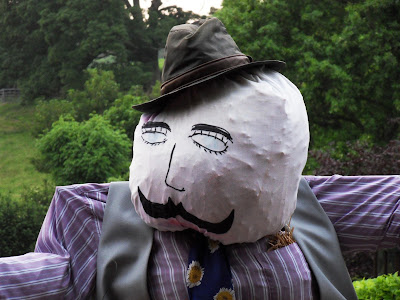 The village of Tawstock was mentioned in the Domesday Book of 1086 - see details on Open Domesday. In 1086 there were 72 villagers, 18 slaves and 7 other population.

Other Devon Posts:
The Photo Of The Ghost Of Broomfield Cottage Tawstock
The Red Sky And The Invasion Of The Scarecrows