As I have a few photos left following yesterday's post - The Magic Of King Arthur And Tintagel Castle Cornwall - I thought I'd do a short post to finish off our walk.

One of the attractions in Tintagel village is the Old Post Office. This is actually a 14th century stone house of a medieval manor style.

It became known as the Old Post Office in Queen Victoria's time when the building was granted a licence to become the receiving office of mail for the local district.

The old red post box seen in the photo below, which is built into the wall, has Queen Victoria's initials. 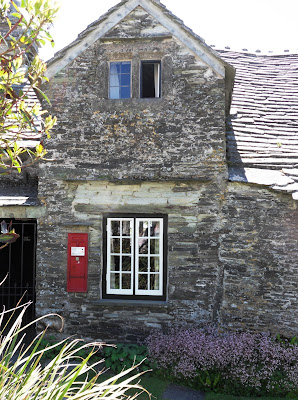 Just up the road from the post office in Tintagel village my daughter-in-law's friend has a small cafe and restaurant called Charlie's and to the left of this there just happens to be another old fashioned red post box - though not as old as the previous one mentioned. 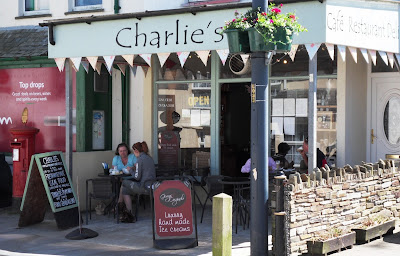 Changing the subject, but still with Tintagel, archaeologists discovered pottery from the 5th and 6th centuries on the eastern side of Tintagel Castle. There was also a slate slab covering a 6th century drain - see photo below. 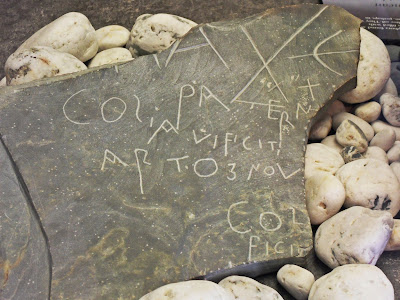 As can be seen on the slab there is a rough cut inscription - parts are missing but it reads:

The significance of the inscription is a mystery but it seems that someone called Artognov wanted other people to know that he had made or built something here (by Tintagel Castle), Who he was, or what he had done is unknown.

But that's Cornwall for you - full of mystery and legends. Makes you wonder how things used to be. 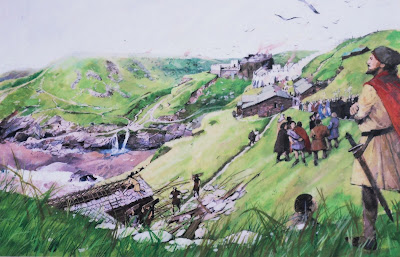