The Guardian Angels From Somewhere 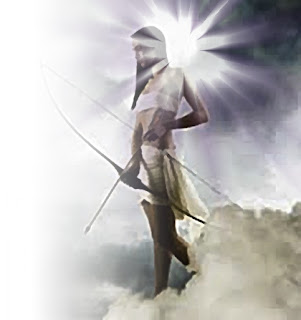 Here's a questioning small piece from 89 year old Coralie of Manchester that got me off on a disjointed train of thought.


"The idea of Guardian Angels is interesting, but why does 'religion' have to come into the equation?

"Should there be beings who look like us humans but have wings etc.? Here's another view.

"When we sleep, we leave our bodies and go - where? Into another dimension? Are we being shown what happens when we don't return to our bodies, when we 'die', for want of a better word?

"I'm quite sure that I've been watched and helped all my life. Everything I've needed - not wanted, but needed - be it good or bad, has been given to me.

"Who or what is doing this watching or guiding we cannot possibly imagine because we're only human.

"I've been near death many times, especially during the war, as we all were then. Perhaps we're being experimented with.

"I also know that I return to my somewhat ancient body every morning for some reason. I've lived almost 90 years, seen and done everything, so why do I keep returning? Maybe one day I'll find out."

We also have the likes of actress Gemma Arterton, Hollywood's Denzil Washington and UK television presenter Gloria Hunniford all saying that they believe in Guardian Angels. It's almost the in thing to be part of. Just look at how many angel tattoos are wobbling about on various celebrity bodies.

I've never personally seen such an angel - a real one that is - but I do have the feeling that I am sometimes looked after or helped along the way. Last year when I had kidney surgery it felt like I was being comforted prior to the operation. Karin couldn't believe how I was joking with the doctors and nurses and how relaxed I was. (It wasn't drugs!) Somehow I knew there was nothing to worry about.

I read a few days back that Gloria Hunniford claims to have a parking angel which helps her find spaces for her car. I've got one too! I wrote about this in a post How To Get A Car Parking Space Using Coincidences back in January 2011. It works along the lines of: "Ask, and it shall be given you; seek, and ye shall find ..."

Books on angels, such as Lorna Byrne's Angels In My Hair are big sellers. I believe it has sold well over half a million copies.

But what do those doubting Thomas experts say on the subject? Professor Of Psychology at Goldsmiths University says:


"A lot of these people are genuinely seeing these things. For example, mountain climbers who have lost their bearings sometimes report seeing a figure guiding them out of the danger.

It may be a psychological defence when faced with danger. Of course, we don't hear from those whose guardians led them off the edge of a cliff!"

Neuroscientists have tried to explain away visions of this nature. In 2005 Swiss researchers found that sending a small electric current through the left temporoparietal junction (a small area at the back of the brain which retains visual memories and sensory information) resulted in patients seeing ghostly figures. 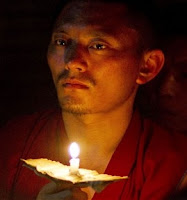 Brain scans taken of Tibetan monks showed mystical experiences tended to occur when sections at the front of the brain were very active, while those involved in navigation and spatial orientation were calm. This led to the assumption that there is a physical difference in the brains of those who experience such visions.

Going back to those celebrities who say they have seen or have a Guardian Angels. Believers often say that the vision ends with the angel passing on a message or sign in the form of white feathers. I've written many posts about white feathers.

Gemma Arterton has been quoted as saying that she has feathers which follow her everywhere.

The televison presenter and author Judy Finnegan says she found white feathers in her house, which she believes were evidence of her friend Caron Keating, who died of cancer, returning as an angel.

Those experts will claim that such phenomena simply reflect the human need to find patterns and significance in otherwise random events. Huh! I can disagree as I have seen white feathers over and over after the loss of loved ones.

It's up to us what we believe and sometimes I'm happy to look upwards and say 'thank you' following some help or even just for finding a car parking space. I must admit though I'm not exactly sure who or what I'm saying thank you to - but I feel it's a power for good.

Other Feather And Angel Posts:
10 White Feather Story Posts As Examples Of Messages From The Dead
The Bird Angel Who Comforts As Someone Dies
The Guardian Angels Waiting To be Summoned