Harry Potter's Minister For Magic And The Narwhal Coincidence 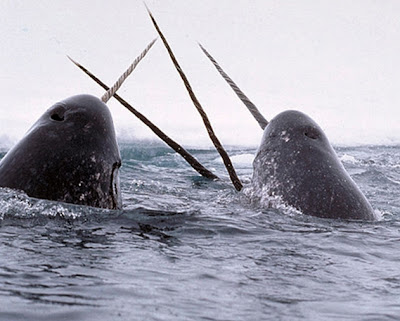 Has the secret now been revealed as to where JK Rowling got the name for one of her Harry Potter characters? The answer may be on the tusk of a narwhal - once believed to be the horn of a unicorn.

The interesting thing about this tusk is that it has an inscription on the base dated 1881 as shown on the image below.

And the Harry Potter connection? Well, it's the unusual name of Cornelius Fudge who is the Minister for Magic in JK Rowling's books. 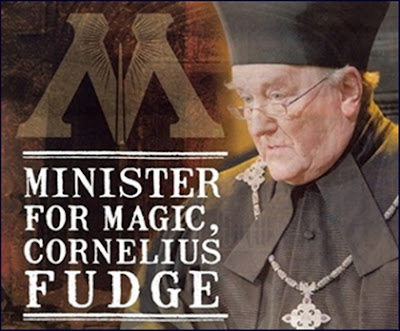 As Mr. John Jeffries, the present owner, explained: "It seems a bit of a coincidence. Narwhals used to be seen as mythical creatures, until they were discovered by the Vikings. It ties in well with the Harry Potter magical theme, so there’s a chance the two names could be linked." So there we go Potter fans.

According to Wikipedia: "The narwhal, or narwhale, (Monodon monoceros) is a medium-sized toothed whale that lives year-round in the Arctic. One of two living species of whale in the Monodontidae family, along with the beluga whale, narwhal males are distinguished by a long, straight, helical tusk, actually an elongated upper left canine. Found primarily in Canadian Arctic and Greenlandic waters."

An Inuit legend tells of how the narwhal's tusk was created when a woman with a harpoon rope tied around her waist was dragged into the ocean after the harpoon had struck a large narwhal. She was transformed into a narwhal herself, and her hair, which she was wearing in a twisted knot, became the characteristic spiral narwhal tusk.

And why is Mr Jeffries selling the tusk? "I want to leave some inheritance behind for my children and two grand children. It’s not often you get the chance to pick up a tusk from an animal once believed to be the stuff of legend."

Okay, I thought that would be all I had to write about on the subject of narwhals and coincidences when I happened on Dr Deah Schwartz website where she was writing about the Narwhal Factor!

Dr Deah tells of how she was talking to her step-mom about a children’s book that her son had just received as a gift for his third birthday. It was a Pop-Up alphabet book where the picture for the letter N was a narwhal. Her step-mom asked, "What the hell is a narwhal?" And this is when the coincidences started arriving. In Dr. Deah's words:

"The next day she called me from New York, 'You’re not going to believe this! I was flipping through the channels and I swear to God, there was a documentary on Narwhals!'

"We laughed and chalked it up to coincidence.

"She called me three more times that week. Once from FAO Schwarz Toy Store in Manhattan where they had a display of stuffed whales, the center piece was, of course, a narwhal. The cover of the National Geographic in her Dentist’s office - a narwhal. A book review in the New York Times was about ... well you get the point.

We decided this was something that needed a name and so we dubbed it The Narwhal Factor."

And isn't that how life is? Whatever we talk or think about comes to our attention over and over. So it's probably just as well to talk and think about what we want, as opposed to what we don't want.

P.S. I also found some Narwhal cakes on the CupQuake website. 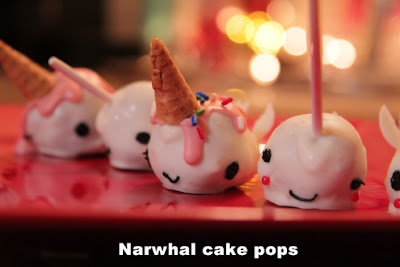