Karma Covered The Loss In Full 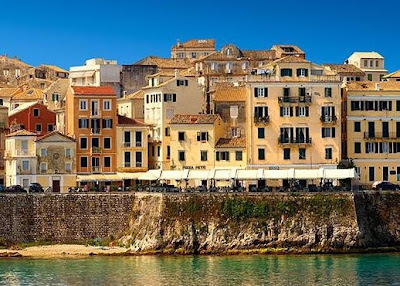 It appears that sometimes there is justice in the world as the following story shows. Maybe the universe steps in occasionally to put things right.


"On holiday in Corfu I booked a day trip on a boat.

"Calling at one port, I saw a portrait in the market for 20 Euros, which I bought as a present. Taking it back to the boat, I put it beside my seat. But when I got off I forgot it, and I only realised once I had returned to the hotel. So I travelled back to the dock.

"The boat had gone, so I went to see the agent, a lovely Greek lady, who'd sold us the tickets. She said her son, who worked on the boat, had brought the picture into her office, but shortly afterwards a Danish couple saw it and said it was theirs. But they mentioned they would be back the next day to book another trip, so she said she would collar them then!

"I said I would pop back the next day too, but when I arrived, the lady said they hadn't returned, so I thanked her and left the office.

"Then lying on the pavement outside, what should I find but a 20 Euros note. Unbelievable! I had recovered the money I had lost on buying the missing picture."

I saw this on the letters page of the Daily Mail newspaper.

Further Similar Stories:
Spilt Karma And A Mug Of Tea
The Cosmic Boomerang Delivers
The Secret Teachings Of Karma And Sickness