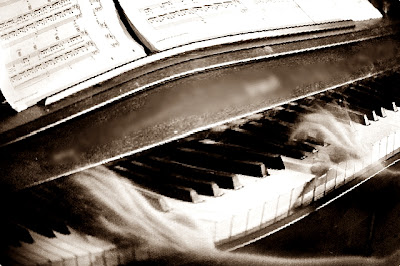 A paranormal story today from Indonesia. The only thing I would question is how the writer can possibly be a skeptic when he accepts that the goings on he witnessed really happened. If it wasn't paranormal wonder what it was?!

I have had to edit the story slightly to correct some spellings and grammar.

"I remember reading a serious story in the Jakarta Post in 1991 about an increase in Vampire attacks in Tenggareng. I am a skeptic of all things paranormal but I lived in a haunted house in Pondok Indah through the 90's. Anyone in the area back then will know exactly which one it was, though it has been torn down now.

"After eight years of unexplained and strange things happening, we had a guy come over with his brothers from Sumatra to do a furniture deal.

"One brother starts sweating and turns red and looks like he is about to be sick. We asked him if he is alright. He says that someone died in there - and points to a room.

"This was true, the landlords sister died in the room above the garage. His other brother asks if we want to talk to her spirit.

"We go to the room and the guy becomes possessed by the spirit and speaks some dialect that his brother translates. She says she wants the room cleared of all the storage and tells us her thoughts on detailed events in our lives over the last near decade.

"She says she will stop making noises and messing with our possessions if we clear out the room, she wants space.

"We cleared the room and never heard the piano play again at night by itself, or experienced the glass perfume or cologne bottles on our bedside tables move into formations, while we listened in bed to the tapping as they moved - yes, this all actually happened.

"Honestly, I don't believe in ghosts, but this stuff happened."

More Ghostly Stories:
The Ghost Who Chased A Thief
10 Ghost Story Posts
Kate's Sex With A Ghost Turns To Sleep Paralysis And Thoughts Of Aliens