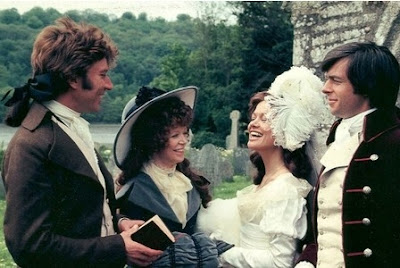 We met up with a friend we hadn't seen for quite a while and took her on one of our walks. I have written about this walk previously in my post In Search Of Celtic Crosses At St.Winnow In Cornwall.

The walk takes in the lovely old church at St.Winnow. What I didn't mention last time was that this was used for scenes of the mid 1970s Poldark television series, based in the books by Winston Graham. It was quite a big hit in it's day.

The wedding scene, as shown above, was filmed at St Winnow's Church. Shown in the photo from the left are Robins Ellis as Ross Poldark, Angharad Rees as Demelza, Judy Geeson as Caroline Penvenen and Michael Cadman as Dwight Enys.

Most of the church has remained the same for centuries and dates from the 15th Century - though the oratory was originally built in the 7th century and parts of the North wall and transept date from the 12th century.

The only image I could find of a large scene from Poldark isn't all that clear but, again, shows the wedding. 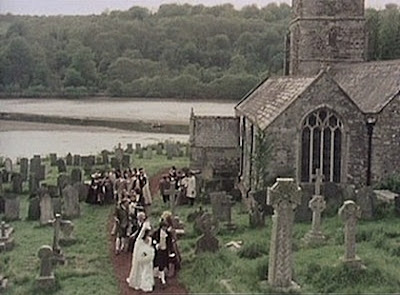 By chance I snapped a similar photo, though from a slightly different angle and on a sunnier day. 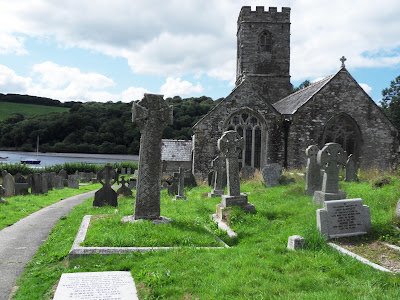 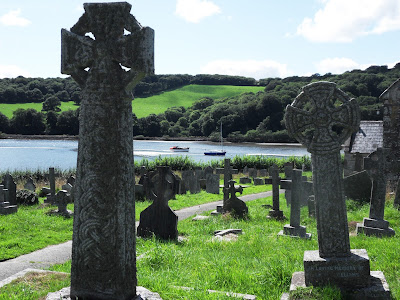 On a short look round the church I saw this old memorial stone to Sir William Sawle who died on the 16th of February 1651. The verse reads:


When I was sick most men did deem me ILL
If I had lived I should have been so still
Praised be the Lord, that in the Heavens doth dwell
Who hath received my soul. now I AM WELL 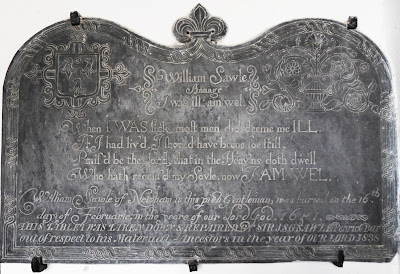 We ate our packed lunch in the churchyard over looking the river. It was about the half way mark on our walk and then it was off again over the green fields. 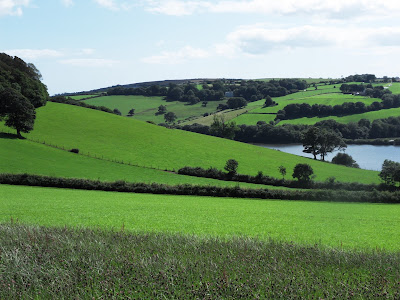 Other Cornwall Posts:
In Search Of Celtic Crosses At St.Winnow In Cornwall
The Holy Well Of St Sampson At Golant In Cornwall
Sunshine Brings Out The Magic Of Charlestown Cornwall
10 Mystery Posts About Cornwall