The UFO Watching Earth For 800 Years 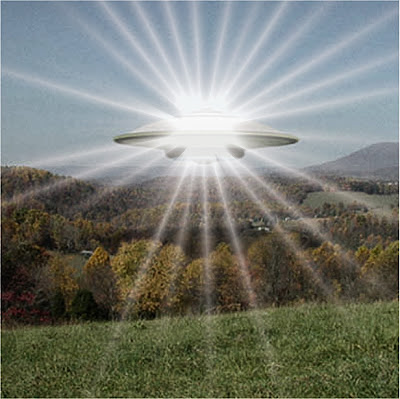 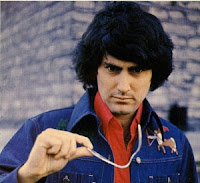 I've mentioned that I have been reading the 1974 authorised biography of Uri Geller by Andrija Puharich. In this both of them claim to have been contacted by some sort of being or entity, which they initially called the intelligence from the sky or IS.

I suppose the question is: Were Geller and Puharich being truthful, or was this something simply concocted to make Uri appear more interesting? Controversy often equates to lots of publicity.

Let's see what the book actually says. Firstly the IS were asked how they should be addressed. This was the answer:


"You may use the name Spectra. But actually Spectra is the name of a spacecraft which we use as you use a planet. It has been stationed for the past eight hundred years over the Earth. It is as big as one of your cities on Earth. But only you can see us." (My bold print)

But who or what are they? This is their description:


"The real intelligence behind us are us ourselves. We have passed our souls, bodies and minds into computers and moved several millions of light-years backwards towards your time and dimension. In due time we shall receive all material coming back to our own centre which is zoned into a different dimension than yours. This different dimension lies beyond the so called star, and so called god, so called planet that you call the sun."

So they are computerised beings, who can ...


" ... come in from our dimension by and with our vehicles which you call UFO's ... we bend, move, and material and dematerial things. That power we possess."

Okay, but it seems there will be a mass landing - but not exactly as we would probably imagine. There is a purpose for this:


"... let me describe to you what we mean by mass landing. We need that mass landing like you people on Earth call refueling and charging up, like a huge plane of yours charges up electricity. We do that through your barometrical and cosmic layer around Earth. We shall be charging up and vanishing again. This procedure will, or might, last from two to three weeks. We people have not yet planned this big mass landing. Many, many thousands of people will see us, but we shall control that. We can do almost everything that goes off in your head. We can be visible, and invisible."

That's about all I want to mention. Readers can form their own opinions. These computerised beings, however, supposedly admit to being linked to the Nine Principles or the Council of Nine. More on this here and a very brief entry on Wikipedia.