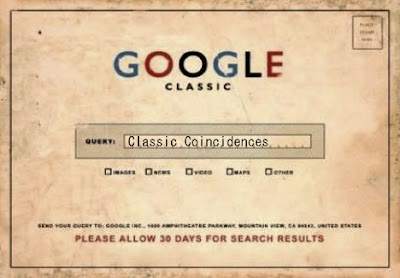 Greg sent me a couple of classic coincidence stories. I'd heard them before but thought they may be of interest to some readers. The second story is often considered to be a hoax, but who knows where truth begins or ends. Often the old classic coincidences get embellished over the years as they move from writer to writer - a bit like Chinese Whispers. So I'd put them in the fun or novelty category.


A British officer, Major Summerford, while fighting in the fields of Flanders in February 1918 was knocked off his horse by a flash of lightning and paralysed from the waist down. Summerford retired and moved to Vancouver.

One day in 1924, as he fished alongside a river, lightning hit the tree he was sitting under and paralysed his right side. Two years later Summerford was sufficiently recovered that he was able to take walks in a local park. He was walking there one summer day in 1930 when a lightning bolt smashed into him, permanently paralysing him.

He died two years later - but lightning sought him out one last time. Four years later, during a storm, lightning struck the cemetery and destroyed his tombstone. 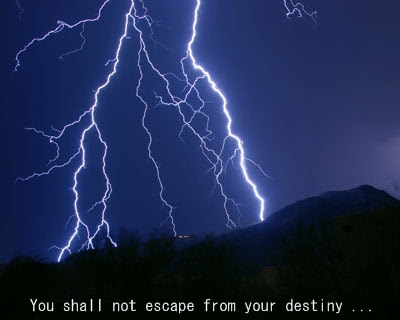 Henry Ziegland thought he had dodged fate. In 1883, he broke off a relationship with his girlfriend who, out of distress, committed suicide. The girl's brother was so enraged that he hunted down Ziegland and shot him.

The brother, believing he had killed Ziegland, then turned his gun on himself and took his own life. But Ziegland had not been killed. The bullet, in fact, had only grazed his face and then lodged in a tree.

Ziegland surely thought himself a lucky man. Some years later, however, Ziegland decided to cut down the large tree, which still had the bullet in it. The task seemed so formidable that he decided to blow it up with a few sticks of dynamite. The explosion propelled the bullet into Ziegland's head, killing him.