Britannia Leads To The Goddess Diana 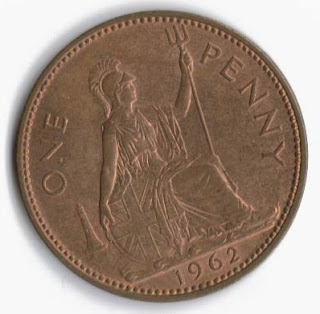 Britannia is usually said to have been the name given to Britain by the Romans, and a figure representing this has been shown on many of the country's coins ever since. But it seems that this may not be the whole story.

It's possible that Britannia may be much older and really comes from the Phoenician goddess Barati. There is a definite similarity if we compare Britannia with Barati on coins. 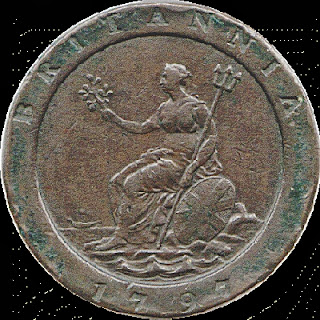 The two coins above show Britannia on British coins of 1962 and 1797. Now look at a coin showing the Phoenician goddess Barati. 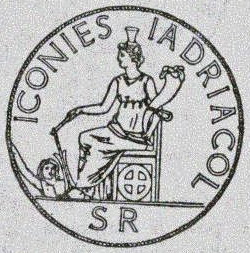 This is a Phoenician Barats of Lycaonia, from the third century A.D showing their goddess Barati. The illustration is from Iconium City and it can be seen that she has a Sun-Cross or St George's Cross as a shield - St George being the patron saint of England - and is the red cross part of the union or union jack flag.

So the Phoenicians depicted Barati in a similar way to how Britain depicts Britannia. In Cicilia, Asia Minor Barati was worshipped as Perathea and later as Diana.

It looks possible, therefore, that Britannia and Diana originate from the same source. 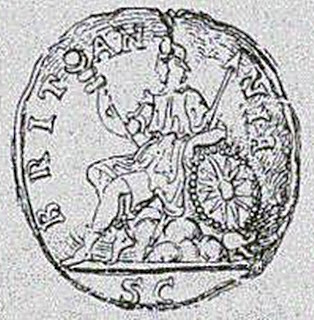 On the above Early Roman British Coin (138-161 A.D) Britannia looks more like the Goddess with the shield bearing a sun cross - this emblem is seen to be the origin of the shield bearing the Union Jack which is figured in the modern representations of Britannia.

It's interesting that at the funeral of Princess Diana, her brother, Earl Spencer, stated that she was named after the 'ancient goddess of hunting'. It makes you wonder if there was a deeper meaning to her life and death than we fully realise.

I'm sure that there are links to our distant past that we are mostly completely unaware of - one day we may discover the true symbolism.

Other Random 'Ancient' Posts:
Ancient Egyptians And Their World Of Dreams
The Bells Toll The Way To King Arthur And St Denys In Cornwall
The UFO Travellers From Ancient Egypt