Top 10 Posts For September: Coincidences, Ghosts, White Feathers, Doves, Witches And So On 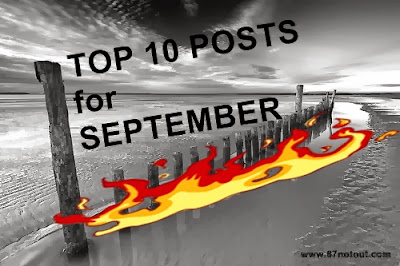 The following are the most visited posts on 67 Not Out for the month of September:

1. The Concentration Camp Romantic Coincidence
For the romantics out there - I'm sure there must be a few - this is coincidence story which is also doubles up as a love story. It goes back to 1944. A young man ... Read full story

2. The Ghost Who Chased A Thief
A few years back, before I lived with my partner, I was living at home with my parents for the summer after University. They were going away on holiday and left me with the responsibility of looking after the house. I didn't mind being alone but I asked a girlfriend ... Read full story

3. Anne Diamond's Ghostly Experience
Back in 1999 Anne Diamond got divorced so she was forced into looking for somewhere to live for herself, four children and a nanny. Registered in the normal way with an estate agent she received a call from him with information on a large Victorian property that ... Read full story 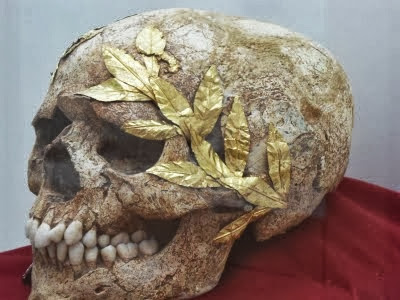 4. The Mysterious Skull With The Golden Wreath Of Protection
I photographed this skull with a gold wreath while in Crete. It was discovered while excavations were taking place and is believed to have been that of an athlete. In the second large photo below a coin is also shown which was found inside the skull's mouth. This is a silver tetradrachm from the Cretan city of ... Read full story

5. The Meaning Of White Feathers As Messages From The Dead
I'm returning to the subject of white feathers today and their meaning. Since first writing about this I think I've had more emails on the subject than anything else. By white feathers I mean how they can often be found following a loved ones death. This has certainly ... Read full story

6. The White Dove As A Messenger Of The Dead
One day I came home from work and a white dove was perched on the steps that lead up to the front door of my house. No doves or birds of any kind were ever previously on my steps ... Read full story 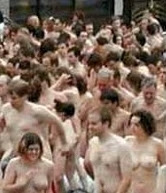 7. Nudity At Airport Security
I love airports and travelling but I dislike all of the over the top security - supposedly for our own good - terrorists and the like. Thank you Messrs Bush and Blair - huh! I just knew I'd set the alarm bell ringing ... Read full story

8. War Of The Worlds Remnants Are On The Moon
When the moon was full it got me thinking as to why it has so many craters - which can be seen quite easily. Mars craterThe usual opinion is that they were created either by violent volcanic action or by a bombardment of meteors many millions of years ago. The same could apply to the surface of Mars ... Read full story

9. Ghostly Rye: The Most Haunted Town In England
One of the most atmospheric and ghostly places I have visited is the town of Rye on England's south coast. Some claim it is the most haunted place in the UK and on a visit it's possible to see ... Read full story 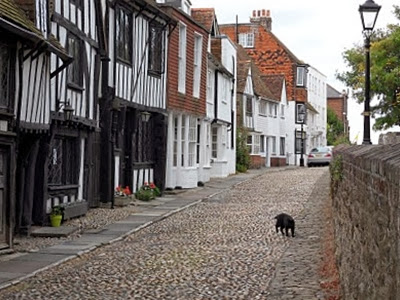 10. How The Witch Raised A Dead Woman From Her Grave
She marked a circle by drawing her Staff on the ground three times round the man, at the same time mumbling in her unknown tongue [Cornish language]. This done ... Read full story