Beware! Death Has A Preference For Birthdays! 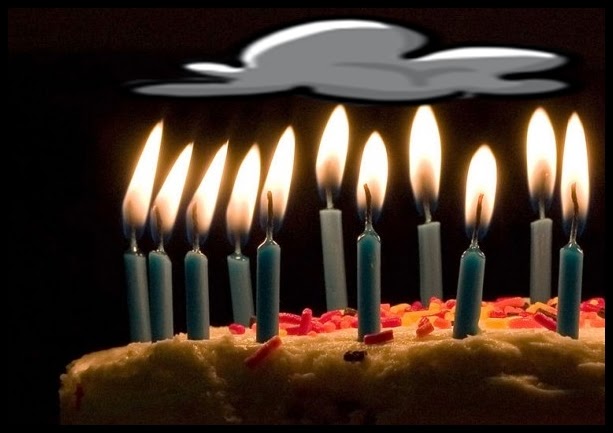 I was doing some research on Sir Kenelm Digby, who lived in England in the 1600s. I don't suppose many will have heard of him. Here's Wikipedia's description is:

What I noticed was that he was born and died on the same day i.e. 11th of June. His tombstone even stresses this fact:


Under this tomb the matchless Digby lies,
Digby the great, the valiant, and the wise:
This age's wonder for his noble parts,
Skilled in nix tongues, and learned in all the arts:
Born on the day he died, the eleventh of June
On which he bravely fought at Scanderoon;
'Tis rare that one and the same day should be
His day of birth, of death and victory.

I remembered that William Shakespeare was also born and died on the same day, the 23rd of April (though some historians have differing opinions). "So," I wondered, "Is there any meaning to these same day births and deaths?" And this started me going off on a side-track from Kenelm Digby.

The first thing I found was some research done in Switzerland. They headed this: Death has a preference for birthdays - an analysis of death time series. They discovered that you are 14% more likely to die on your birthday than on any other day of the year! How weird is that! Source.

The study says, "We analyzed data from the Swiss mortality statistics 1969–2008. Deaths below the age of 1 were excluded from the analysis. Time series of frequencies of deaths were based on differences between the day of death and the day of birth."

One of their conclusions was "In general, birthdays do not evoke a postponement mechanism but appear to end up in a lethal way more frequently than expected."

At first you might think that those close to dying might 'hang on' for their birthday for some reason or other - but the researchers found this not to be the case. As they put it: "Something on your birthday kills you." Now that could put a damper on birthday parties!

I must admit I haven't found anything of any great meaning to dying on your birthday but here's a list of some of those who have the same birthday and death dates:

If death does have a preference for birthdays, as the Swiss research shows, it might just pose the question: Can we influence the day of our death? Here's an illustration how we just might.

The economists Joshua Gans and Andrew Leigh published a paper in 2006 which examined the effect on death rates following a change in Australian tax law.

"If the very ill are able to move their date of death forwards as well as backwards," says Joshua Gans, "any country that introduces an inheritance tax should expect a spike in the death rate in the week before such a law takes effect."

But, whatever, go careful on your birthday!

Other Recent 67 Not Out Posts:
The Faceless Female Ghosts Who Have Travelled The World
The Ten Secrets To Living A Long Healthy Life
Where We Were Before Birth: Our Before Birth Experience