The Grandmother Who Became Her Granddaughter's Guardian Angel 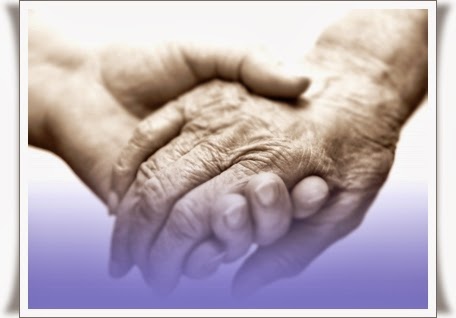 A story today from Elaine about how her grandmother became her Guardian Angel:


"My parents separated when I was eight and over the next few years my mother wasn't around too much so my grandparents started looking after me. At first I wasn't happy about this but gradually I began to get close to my grandmother. I realised I was lucky in some respects as grandmother was kind, patient and would do almost anything for me.

The years passed and I met a young man I wanted to marry. I was just 19 but my grandmother was happy for me and helped me arrange the pending wedding and to choose my dress. I was to be married in mid April 1975 and on April 9th I had a phone call just before midnight while at my fiancé's home. Grandmother had been rushed to hospital. I was in a panic, scared and knew I had to get to see her.

My fiancé didn't have a car at that time and as it was so late I had no way to get to the hospital. The next day I visited her but she was unconscious. All I wanted to do was to tell her how much I loved her and what she meant to me.

I was persuaded by my grandfather and the hospital staff that I should go home in the evening as there was nothing I could do. I went to my grandparents house where I was still officially living and went to bed at about 11:30. I couldn't sleep at first and tried saying a prayer. Eventually I must have dropped off.

I woke up suddenly and it felt as if someone was in the room with me, but I wasn't frightened. I was sure there was someone sitting on my bed. I felt the bed sink as if someone had sat down. I glanced at my bedside clock and saw that it was 4:00 am. It's weird but I remember, as if it was yesterday, how calm and comfortable I felt and I fell into a deep sleep.

In the morning the first thing I did was to phone the hospital ward where grandmother was. The nurse who answered was evasive and the phone was passed to grandfather. He told me that grandmother had died. I asked him what time, but I 'knew' what he would say. He told me she died at four o'clock in the morning.

I am convinced grandmother came to visit me after she had died. She loved me as much as I loved her.

Since then I have sensed her with me, especially when I have been sad or troubled. I'm now 39 years old, my first marriage didn't work out but I know grandmother helped pull me through the difficult times and when I had a miscarriage. It's as if she is my Guardian Angel and is there when I need her.

I'm lucky now, I have two lovely children and a husband I love very much. I don't sense grandmother quite as much now that I'm settled but I'm sure she will be with me on my 40th birthday."

Other Random 67 Not Out Poists:
The Guardian Angels From Somewhere
A Sighting Of The Bank Of England Black Nun Ghost
10 Ghost Story Posts