The Ghost Who Haunted Jennifer Saunders 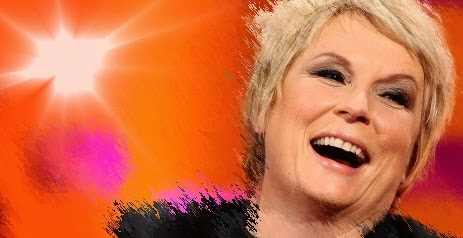 Jennifer Saunders is an English BAFTA winning comedian, screenwriter, singer and actress. She has said that she doesn't believe in God or is in any way superstitious. But she does believe in ghosts!

Jennifer, now 55, reckons she was once haunted by her grandmother - and there's a bit of a coincidence thrown into the story for good measure. She explained:


"When younger I thought I saw ghosts quite frequently.

Or at least there were strange happenings. I'd wake up and feel a bit funny, open my eyes and could see shapes. It got really scary.

When I was at college I was living in a flat in London where there were lots of knockings at the windows and strange noises.

For ages I thought it was an annoying bird in the tree outside but there was no tree and absolutely nothing outside my window. Then one day, my mother gave me a photograph of my grandmother in a little lacy dress, being pushed on a swing by her father."

Now here's the strange bit as on the back of the photograph was the address '15 Steeles Road' which also just happened to be the address of Jennifer's college flat! She said of this, "Ooh, that's weird."

Her conclusion, therefore, about the noises and sounds heard in her college flat, is that it may well have been her deceased grandmother.

Other Ghostly Stories:
The Ghosts Who Haunt Bodmin Jail, Cornwall: 13 Exclusive Photos
The Faceless Female Ghosts Who Have Travelled The World
The Ghost Who Wanted Sex With Kate