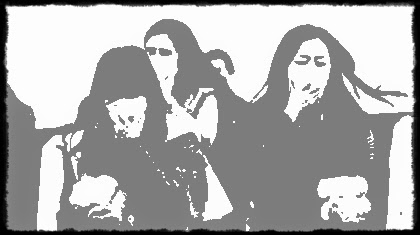 Over the weekend my son and daughter-in-law said that their cars had both been covered with some sort of sand. Their vehicles are mostly kept on their driveway overnight.

Most odd, but it seems - at least according to the Cornishman website - that the sand is all down to a 'coincidence'. They write:


"A coincidence of climatic and meteorological influences has led to Saharan sand being transported across Africa, the Mediterranean and mainland Europe and then being deposited on Cornwall."

The Sahara is one of the largest deserts in the world – almost as big as China or the United States – and is often battered by strong winds.

With the wind currently arriving here from the south/south-east, the conditions were in place to carry that sand over Cornwall.

And then the light persistent rain of yesterday brought it down to earth.

When that rain dried it left the sand as a visible residue on cars across Cornwall."

Huh! As if we haven't got enough of our own Cornish sand!

But it's not all over. Today the Independent gave out this warning:


"Very high levels of air pollution over the next few days are prompting health concerns for vulnerable and elderly people, as the dust from the Saharan desert and winds combined to create a potentially 'toxic' storm."

Dr Helen Dacre, a meteorologist at the University of Reading, also agrees about the dangers:


"High air pollution levels can cause unpleasant and dangerous effects on health, both long and short term.

Toxic gases, such as nitrogen dioxide and ozone, as well as fine dust particles in the air blown in from the Sahara and from burning fossil fuels, all contribute to cause problems for people with heart, lung and breathing problems, such as asthma.

The problem is likely to be particularly bad today [Wednesday] because weather conditions have conspired to create a 'perfect storm' for air pollution."

And that's it for today from a polluted Cornwall. Though, to be honest, we've been out and about walking and haven't noticed any problems. The image at the top of the post is therefore a tad over the top! But, there again, so are many newspaper stories.

Other Recent Posts:
The Haunting Of The Scary Screaming Skulls
Discovering Old Cornwall - 1
Where We Were Before Birth: Our Before Birth Experience