The Message In A Bottle Coincidence 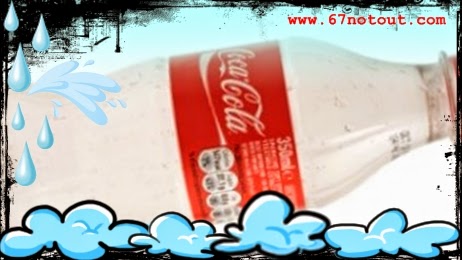 Here's a coincidence story I found on the Horncastle News website.

It's probably something we've all thought about doing but Robyn Hughes, 17, from Horncastle went ahead and did it. She put a message in a bottle - a Coca Cola bottle - and dropped it into the English Channel.

"We were on our way back from holiday in France when my dad suggested we should all throw a message in a bottle into the sea. They were all in Coca-Cola bottles and I never thought anything about it."

But she should have thought more about it, because she got a reply. The bottle was found on a French beach, by a French man - called Henri Perroy.

And Mr Perroy sent a letter to Robyn - that's by normal air mail not bottle post.

Now the strange bit is that Mr Perroy has actually been writing to a Horncastle resident for over 40 years. He has a penfriend there and the two have corresponded since they were young boys - and because of that he knew a great deal about the town and local area.

As Robyn said, "It’s an amazing coincidence. I don’t know what the odds are. It must be millions to one."

But there's another twist to the story because Mr Perroy was hundreds of miles away from his own home in the village of Archettes when he discovered Robyn’s bottle. So that must push up the odds even higher.


An American teenager who launched a message in a bottle from a cruise ship in the Bahamas was stunned to be tracked down after it washed up 4,000 miles away on a British beach five years later. Retired electrician, Tony Hoskings found the green barnacle-encrusted bottle as he walked his dog on Goonhavern Beach, Cornwall. Source