How A Rabbit Made Me What I Am Today 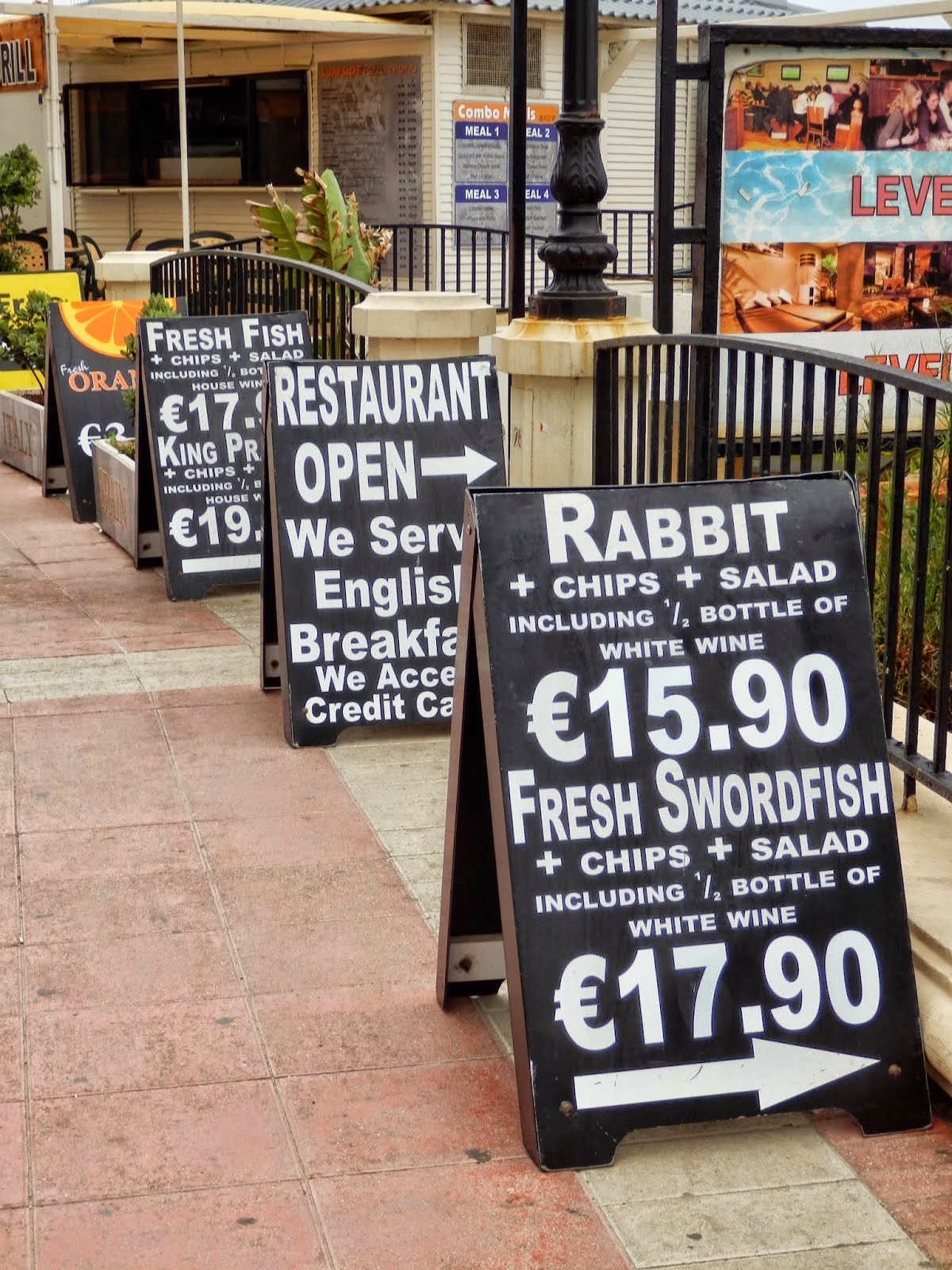 It's interesting how we become what we are - and the influences that mould us. I was reminded of this while in Malta.

We were walking along by the seafront restaurants in Sliema when I noticed the signs, as in the photo. More specifically I noticed the word Rabbit - not something that I would normally associate with Chips and Salad - but it triggered memories from my childhood.

Suddenly I remembered, or was transported to, when I was four or five years old and we - that's my mum, dad and me - were having our main meal of the day.

"Rabbit! What a real rabbit?"

And with that I refused to eat any more of my dinner. Mum and dad were none too happy with me as I went off about the poor little rabbit and how could anyone possibly eat such a cuddly creature.

Back then there were no second choices of food, so I went without my dinner. And if you don't eat your dinner, of course, there was no pudding.

Thinking about this, it was probably the moment that influenced me to become a vegetarian in later life. Not straight away though, as it wasn't possible for a four or five year old. Meat and a few veg were what we ate - but I came to dislike the thought of eating cows, sheep, pigs, lambs, chickens and so on. Until that incident I suppose it hadn't fully sunk in as to what meat really was.

So was it the rabbit that made me vegetarian? Or was that simply something I knew (or remembered) was part of who I am. An influence from ... the real me (soul / spirit)  ... a previous life ... or any of the other often considered fanciful ideas.

Why have any of us become what we are today? There are so many possible influences: parents, schools, religions, the media in general and so on. But underneath this why do some things ring true to us, while others don't? One of the lessons of life is surely to discover what our own values and beliefs really are - to think for ourselves, regardless of outside influences.

I'll leave it there otherwise I'll ramble on for too long!


P.S. Rabbit is part of a traditional Maltese dish. To quote Wikipedia:

"Traditional Maltese fenkata (stewed rabbit), often identified as the national dish, quite possibly started off as a form of symbolic resistance to the hunting restrictions imposed by the Knights of St John. The dish was to become popular after the lifting of restrictions in the late 18th century (and by which time the indigenous breed had multiplied and prices dropped) and the domestication of rabbits, a technique which could have been imported from France thanks to the French Knights."

Other Recent Posts:
In A Past Life She Saw Her Brother's Head Cut Off
The Billionaire And The Indian Empress In Malta Coincidences
The Power Of Magnetic Hematite Stones