The Creepy Underground Malta Catacombs With Room For 1000 Bodies - Photos 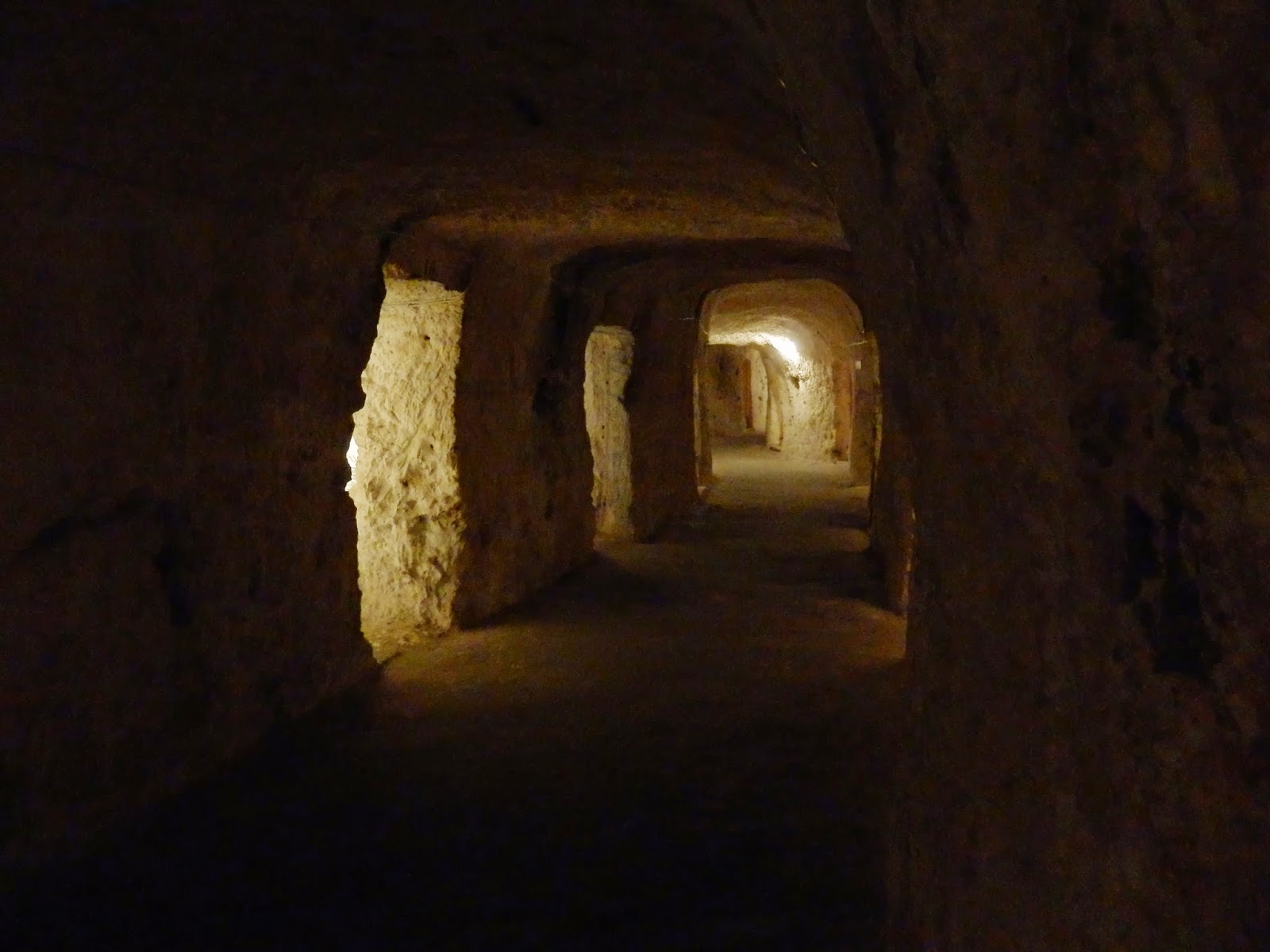 After visiting St Paul's Grotto in Rabat, Malta we decided to spend some more time underground and visit the Catacombs (sometimes referred to at St.Paul's Catacombs). These were initially built by the Romans but have also been used by Jews and Christians, at a later date, to bury their dead. I believe there is room for over 1000 bodies.

According to Heritage Malta the: "... Catacombs are a typical complex of interconnected, underground Roman cemeteries that were in use up to the 4th century AD ... Part of the catacombs were used again during the re-Christianisation of the Island around the 13th century." 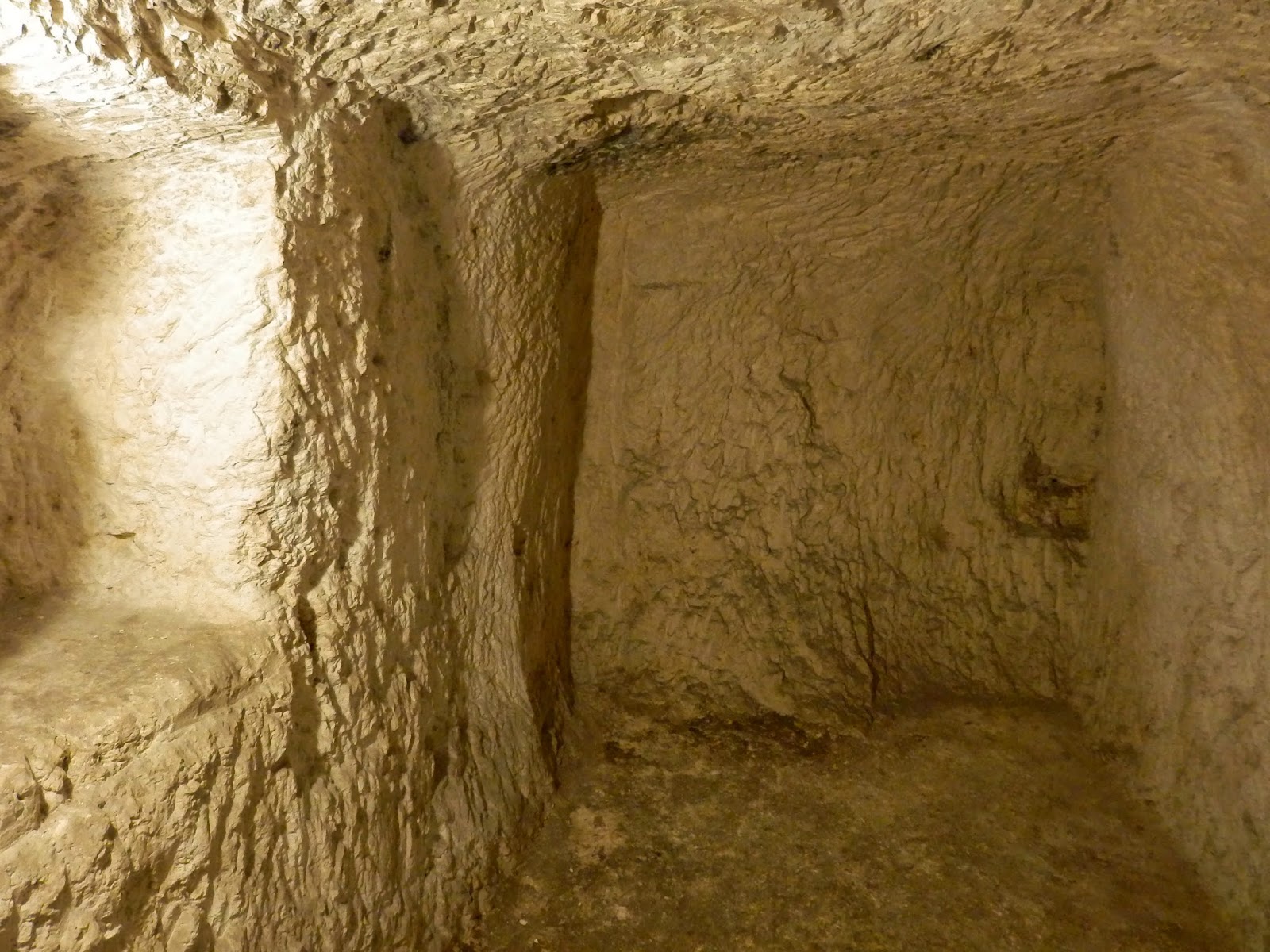 The strange thing when visiting them today is that you first have to walk through underground tunnels and rooms that were used during the second world war as air raid shelters. The top photo shows the passage or tunnel and the second photo is of one of the 'rooms' off of the tunnel.

The tunnels were built using pick axes and were for the general public when the warning sirens were heard. Later some were given permission to build their own rooms so that they had some privacy.

After walking through these air raid tunnels the passages get narrow (see below) and it's these that lead to the Catacombs - and it's quite creepy! Especially as we were in there on our own, and it became something almost like a maze. The few lights cast shadows and shapes on the walls. Not a place to go if you are claustrophobic! 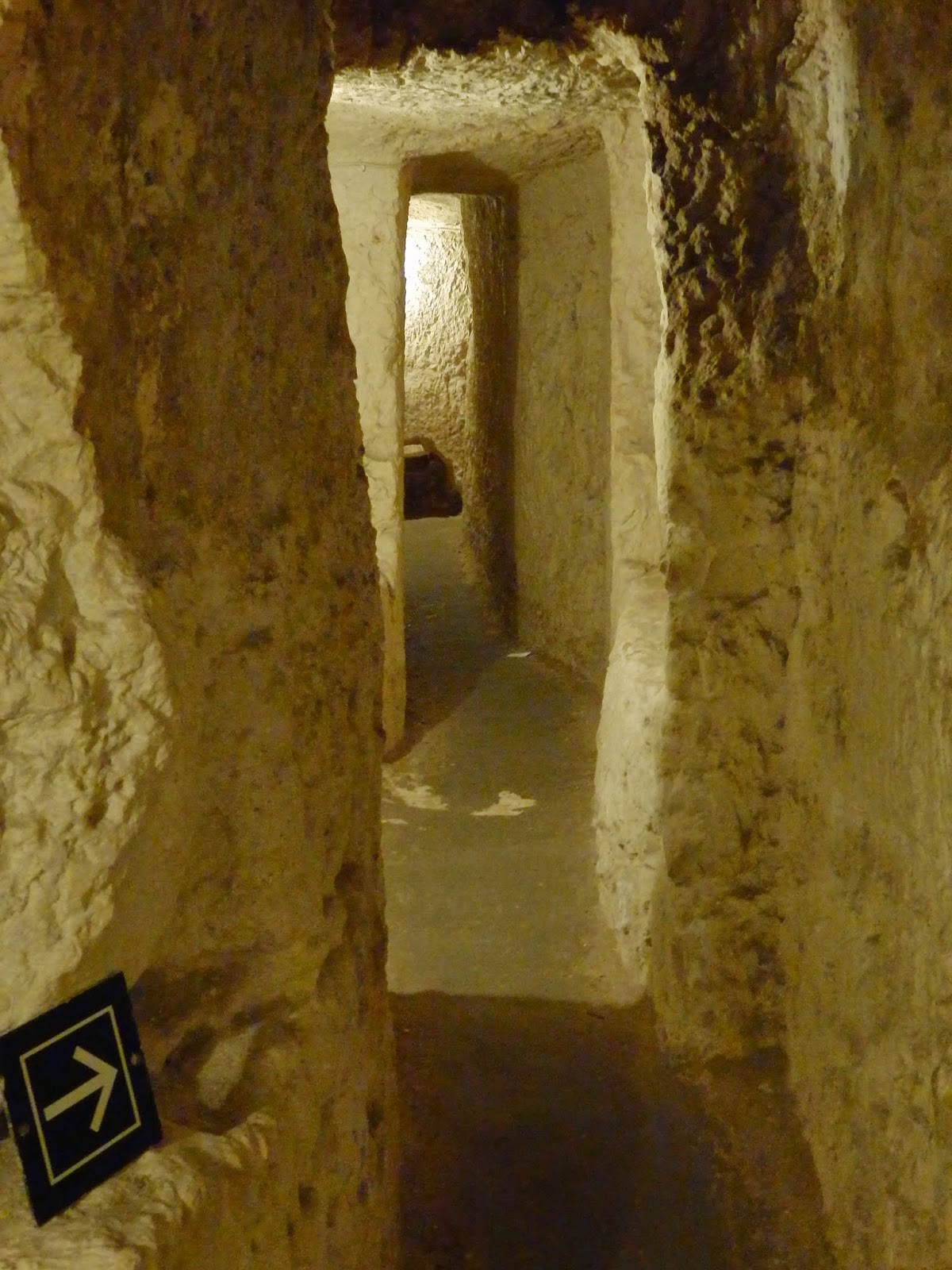 I found it all very interesting, and even spotted the odd bone, but I think Karin would have been happier if there had been more people about than just us - safety in numbers, and all that! 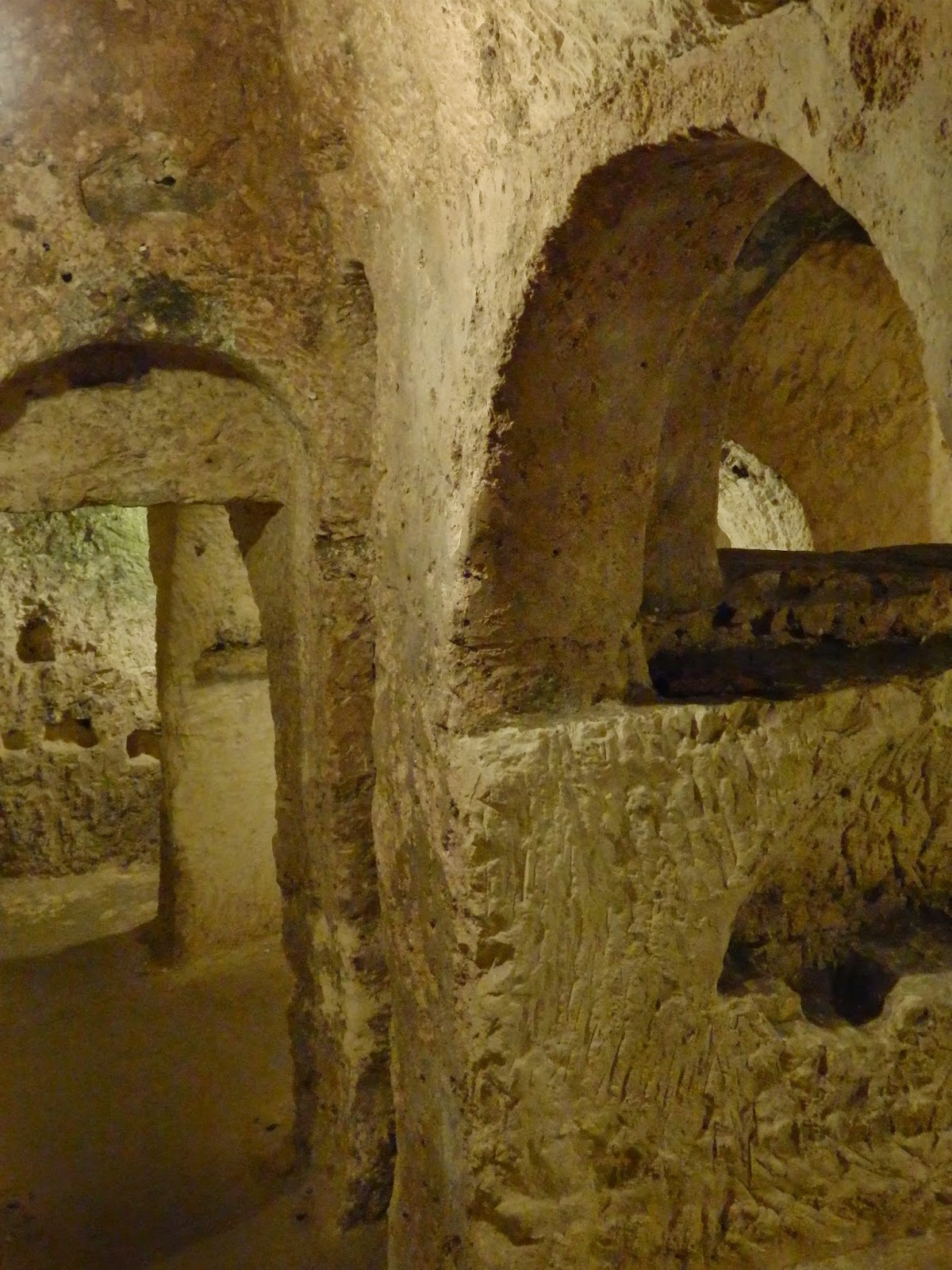 From what I've read the tombs were for the residents of the nearby town of Mdina (the Roman town of Melita). It was against their laws to bury the dead within their city walls. 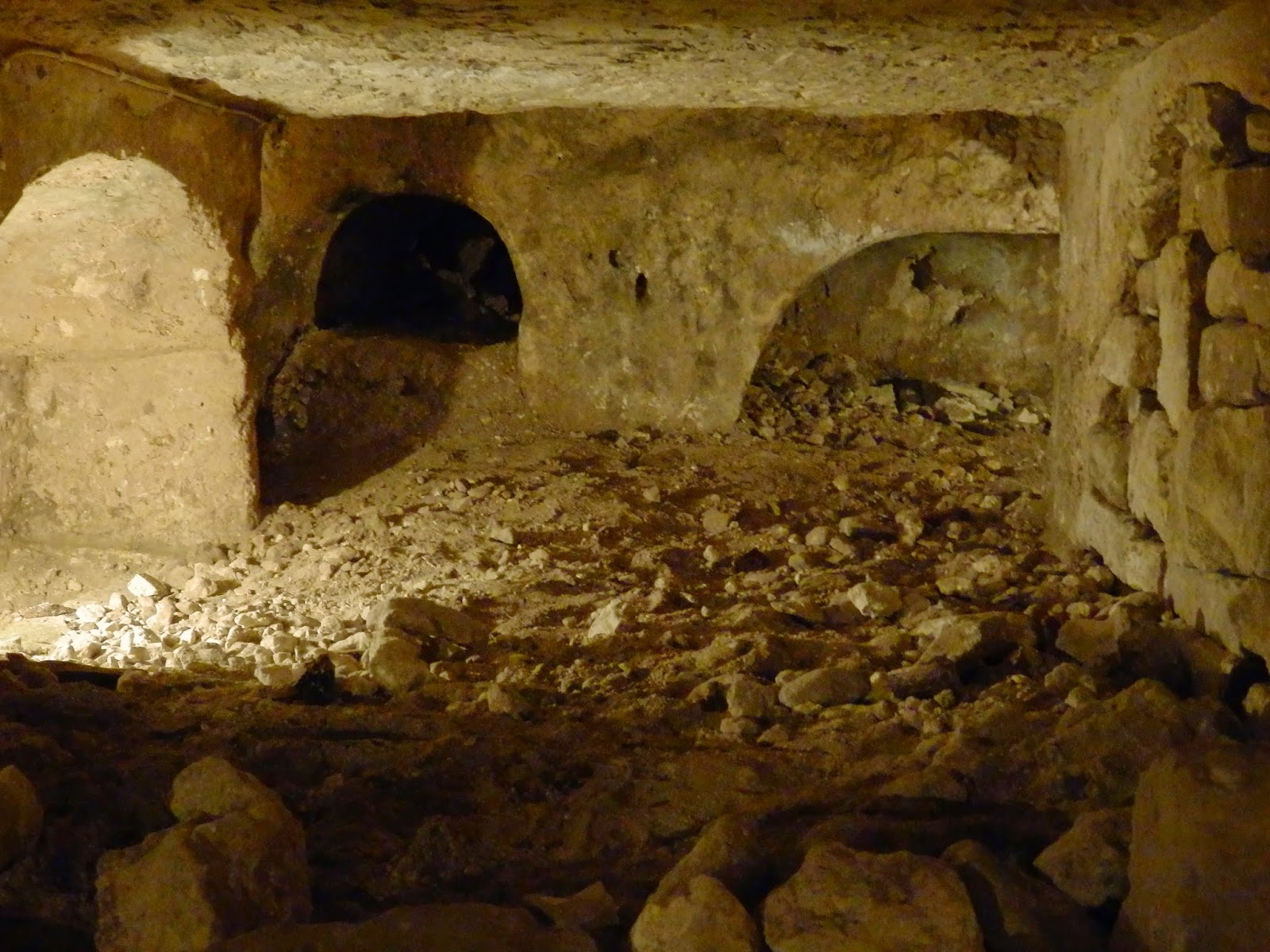 There is a sign before reaching the Catacombs that Lord Horatio Nelson paid a visit on the 4th of May 1800. He was welcomed, at the time, by the rector and chaplains of the Knights of Malta. 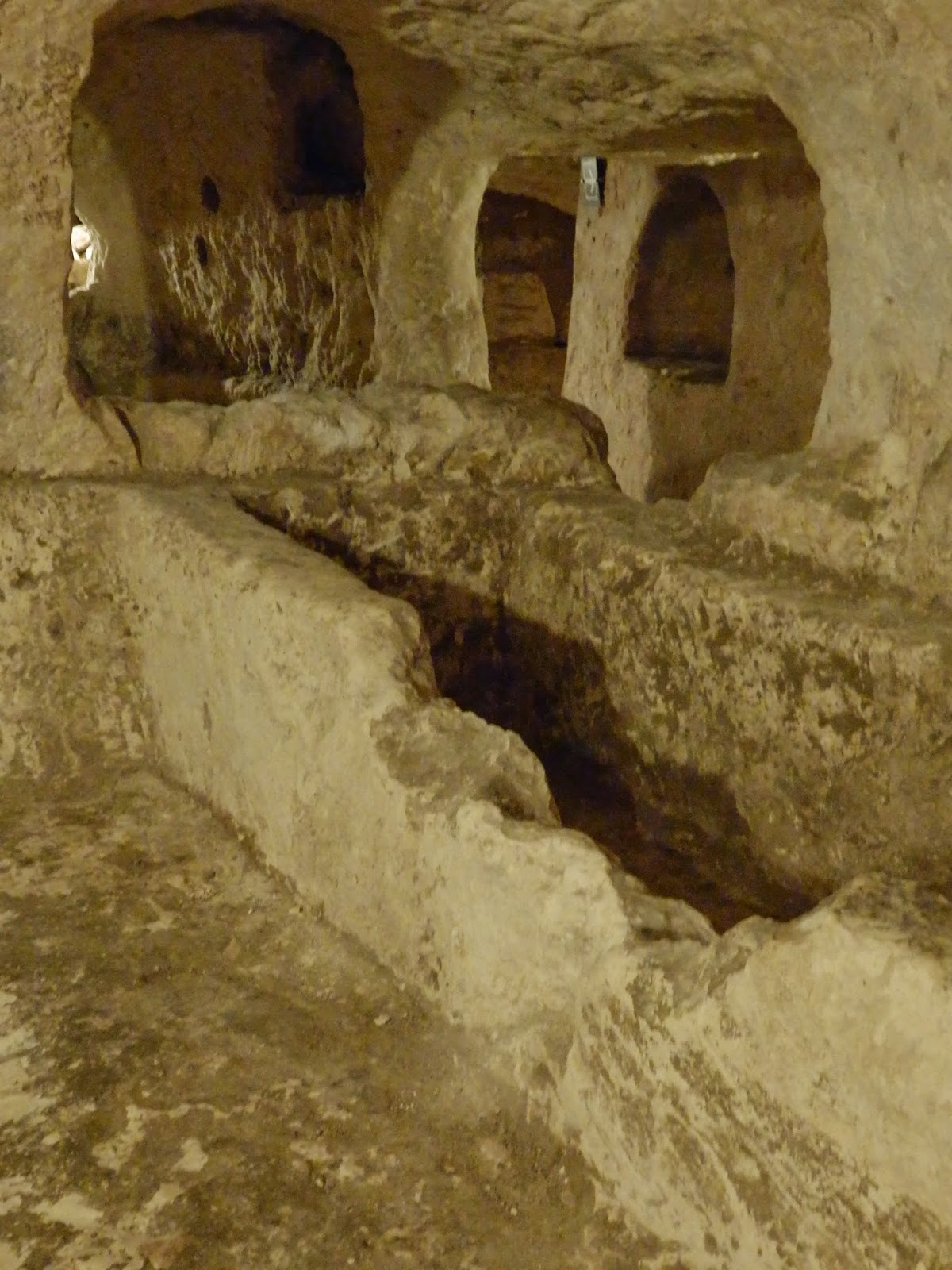 After we'd had a good look round we managed to find our way out again into the bright sunshine, and walked to the walled town of Mdina. Maybe more on that another day. 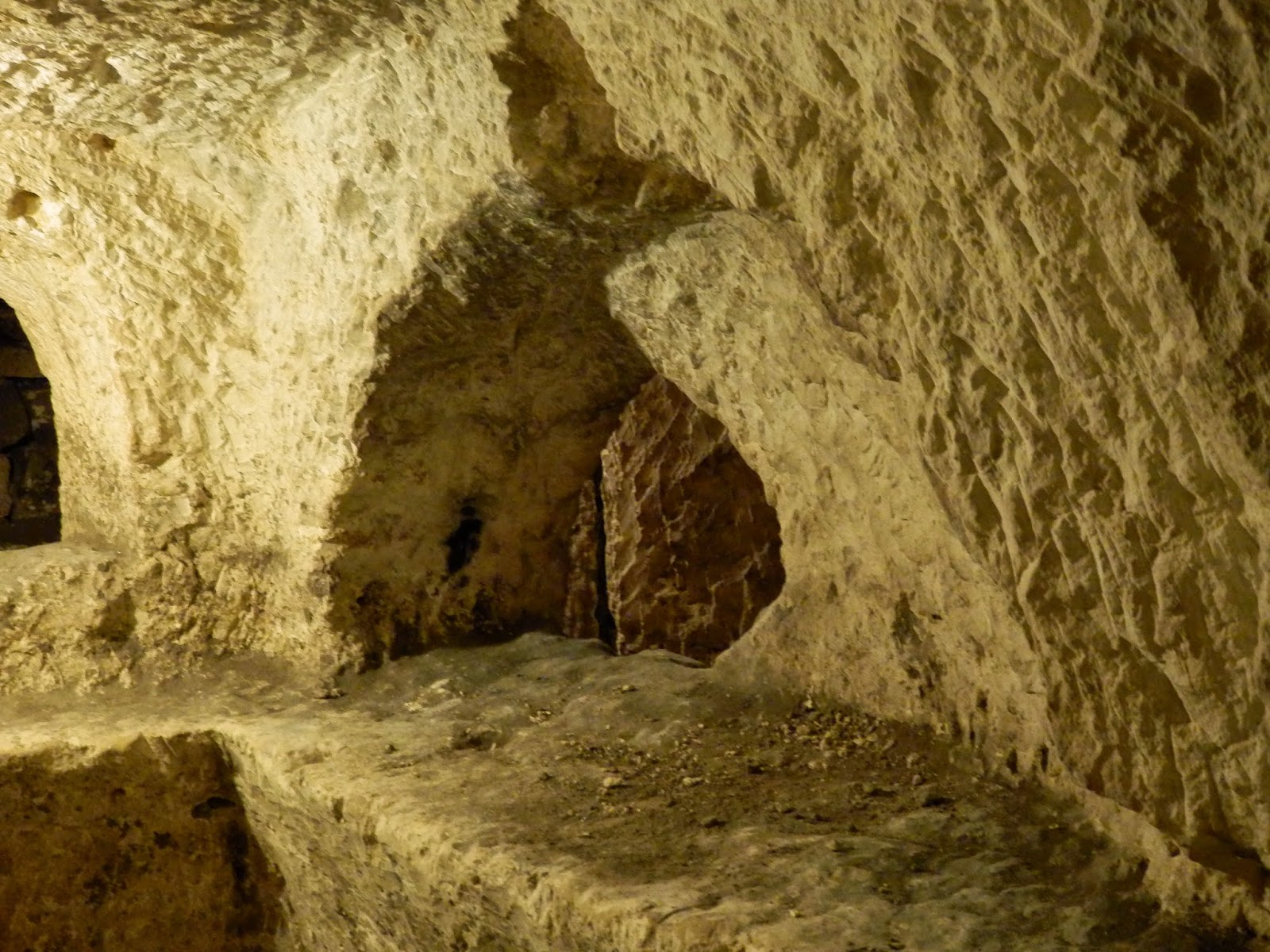