Circles That Can Bring Remarkable Results Of Health And Happiness 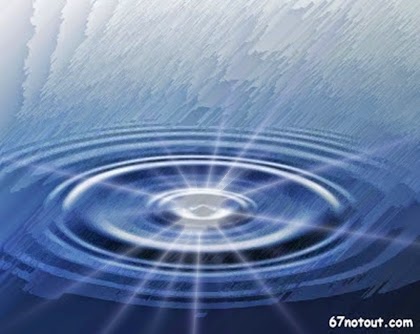 In 2012 I had kidney cancer and prior to my surgery Trish and Rob organised a Healing Circle via their blog and also a Circle of Light. I was thinking about their kindness a couple of days ago, following a visit to see my medical consultant. (Fortunately I'm now clear of cancer, but will still have to have a few more yearly check-ups.) This led me on to other things.

I remembered how my best friend went to healing circles when he was ill and they always lifted his spirits and gave him a boost. But gatherings like this can also help in more practical ways as well.

I opened an old book I've had since the 1980s and on the page it told how the writer, Rebecca Clark, held weekly prayer groups using, what she called, the Power of Love.

Into the meetings the participants brought their private prayer lists of people and situations they wished to bless with the power of love. No one else saw the lists, nor did they discuss them.

While together they quietly held their prayer lists while they all affirmed positive statements of love in unison.

According to the writer amazing things began to happen for the group members and also to the people for whom they prayed. Here is one example from the book Macro-Mind Power.


Patsy had been troubled for some time because of a misunderstanding that had arisen a month previously between her and her teenage son. She had made every effort to reach Mike [his name is what made me notice this particular example] and create harmony and understanding, but she was coldly rebuffed in spite of her loving efforts.

... Patsy was driving home, after the meeting had ended, and heard what sounded like electrical crackles in the air. Startled, she thought something was wrong with her car and pulled to the side of the road and stopped ... Everything seemed in order, however, and she continued homeward. Suddenly, as she pulled into the driveway, a beautiful feeling of peace flowed through her and she felt an unusual excitement about arriving home.

As she opened the door, her son ambled out to meet her, grinned, and flung his arms around her embarrassedly.

"Hey, Mom, sorry I've been such a bum! You're pretty OK and I want to be friends again!"

Patsy's response was to fling her arms about him and reply, "That's alright, Mike. Let's both release the past and go forward from right now."

... she quietly gave thanks that Universal Love could dissipate negativity and heal previous attitudes of misunderstanding and hostility.

What I suppose I'm getting at with this post is that groups of like minded people can produce results of all kinds with combined prayers, affirmations or thoughts. It shows how we can help each other in small ways by sending out positive thoughts.

I know that when I went into surgery in 2012 Trish and Rob's Healing Circle combined with the love of my family and friends helped me through the ordeal. I was actually smiling and joking as I was being wheeled to the theatre - right up until the 'knock-out' injection.

Though I don't belong to any organised religion I believe in the power of our thoughts and of love. Strange that we don't always use these wisely.

Other Recent Posts:
By The Time You Read This I'll Be Someone Else And So Will You
An Unexpected Lift From A Stranger Coincidence
A Mother's Instinct Found Her Son's Heart

Email ThisBlogThis!Share to TwitterShare to FacebookShare to Pinterest
Labels: Circles Of Goodness, Love