Choose The Right Cheese To Dream Of Love, Nostalgia And Wacky Things 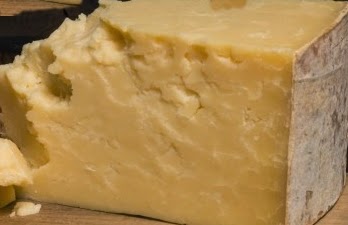 Forgive me, I'm off on a tangent today. I think it's because I'm trying to cut down on cheese - one of my favourite foods - and I find myself seeing cheese everywhere!

Back when I was a child I was always told that I mustn't eat cheese before going to bed, as it would give me nightmares. But, according to the British Cheese Board, this isn't true:


"A British Cheese Board study asked 200 volunteers to eat 20 grams of hard cheese about half an hour before they went to bed. None of the participants experienced nightmares, in fact most recorded a good night's sleep with pleasant dreams. Interestingly the type of dream experienced appeared to be influenced by the type of cheese eaten."

All well and good, but there's been more research on this important issue (well, it must be important to someone, somewhere). This time research was carried out at the Middlesex University. Professor Ian Hindmarch, said:

Being a lover of British cheeses this is good news for me. But it does appear from the study that different cheeses have different effects on sleep and dreams. A few examples:
And a couple of dreams caused by Blue Stilton, which were the nearest to being nightmares: One of the volunteers said that she dreamed of a vegetarian crocodile who was upset because he couldn't eat children. And another one dreamed that they had soldiers fighting with each other with kittens instead of guns. Sound pretty normal to me!

So, why the variations on dreaming to what type of cheese you eat? Tryptophan is the said to be the answer.

Tryptophan is one of the amino acids found in cheese and has positive effects on mood and sleep. It could well be that the different effects of various cheeses on dreams and sleep are due directly to the effects of this substance.

Professor Ian Hindmarch concluded, "Overall, this study suggests that in changing the levels of tryptophan, cheese can assist in improving our mood and help to promote a good night’s sleep."

And not part of the study in any way was Natasha Mukhina, but she reached a conclusion about another cheese: "I've noticed that each time I eat Stilton blueberry cheese I have wacky dreams. Just last night I dreamt of a building flooding and I get on the elevator, on my way up I see floating heads... I'm pretty sure that I met the Charlie's Angels too..."

Dreamy cheese - or maybe not - with my favourite: a strong, English Mature Cheddar. Heaven!

"Cheddar originated from Somerset around the late 12th Century and took its name from the Gorge or caves in the town of Cheddar that were used to store the cheese. The constant temperature and humidity of the caves provided a perfect environment for maturing the cheese. The town also gave its name to a unique part of the cheese-making process – known as Cheddaring - which is the process of turning the slabs of curd and piling them on top of each other in a controlled way to help drain the whey.It also stretches the curd. The process helps to create a harder cheese with firm body and is unique to Cheddar making." Source

P.S. One more, just remembered, when Karin was a teenager in Germany she had to milk sheep for cheese making while at agricultural college. She was obviously meant to be a farmer's wife but somehow ended up with me.