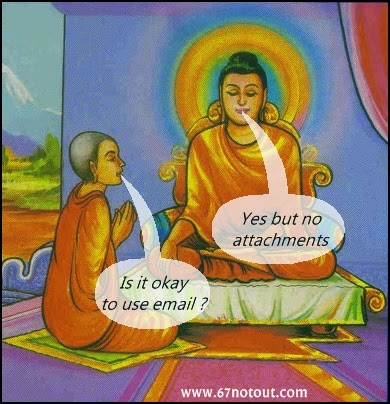 Sometimes we can take ourselves much too seriously. After all, we are simply fleeting glimpses being transported on a rock hurtling very fast through space. Enough said - here's some spiritually influenced humour.

A Buddhist monk leaned over to another monk and quietly asked, "Are you not thinking what I'm not thinking?"

In the beginning there was nothing and God said, "Let there be light," and there was still nothing - but you could see it a bit better. 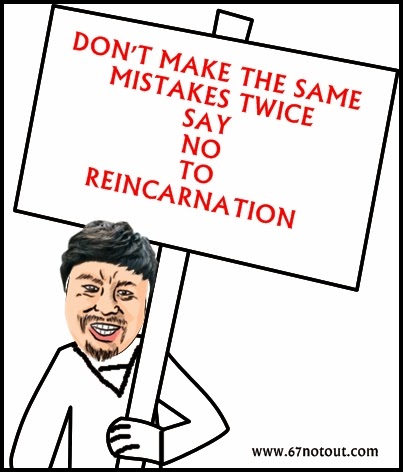 "I had a dream that I was awake and I woke up to find myself asleep"
~ Stan Laurel
If you want to confuse God ask Him what his earliest memory is.

Whenever you are feeling blue, just remember to start breathing again.

Two friends meet on the street.
"Hello, how are you?"
The other ones replies: "I'm fine, thanks."
"And how's your son? Is he still unemployed?"
"Yes, he is. But he is meditating now."
"Meditating? What's that all about?"
"I'm not too sure, but it's better than sitting around doing nothing." 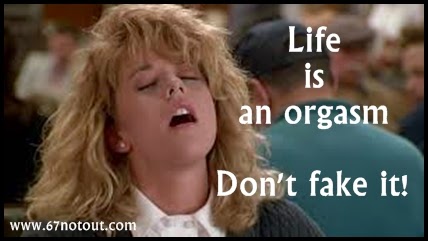 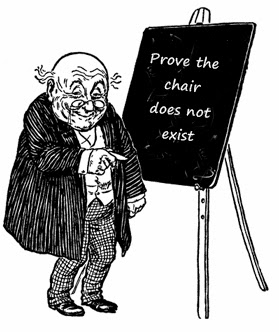 An elderly philosophy professor gave a one question final exam, after a semester dealing with a broad range of topics.

The class was seated and ready to begin when the professor picked up his chair, plopped it on top of his desk and wrote on the board:

"Using everything we have learned this semester, prove that this chair does not exist."

Fingers flew, erasers erased, notebooks were filled in furious fashion. Some students wrote over thirty pages in one hour attempting to refute the existence of the chair.

One member of the class however, was up and finished in less than a minute.

Weeks later when the grades were posted, the rest of the group wondered how he could have got an 'A' when he had barely written anything at all.

His answer consisted of two words:

Other Humour Posts:
Awful Jokes And Saucy Postcards
Humorous Letters
Funny You Should Ask God About This Problem