Father And Daughter Re-United Through Coincidence 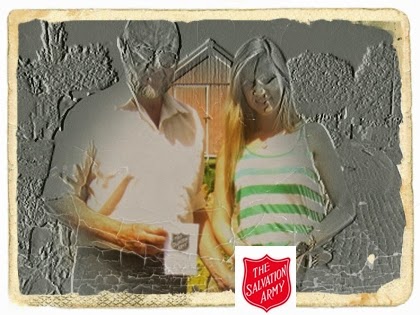 This is the story of how Rudy Laitkep found his daughter, with the help of an amazing coincidence.

Rudy first married at Navasota, Texas and had one daughter, Debra. Sadly the marriage lasted for only two years. He separated from his wife, who then remarried and moved away taking his daughter with her.

Somehow he lost track of Debra. "Not that I didn't look," he has said, "I tried to find her but nobody seemed to know about her. It was like she had disappeared into thin air."

As time goes on, Rudy married again - to Alice - and together they raised four sons.

He still wanted to find his daughter and, by chance, read in the Victoria Advocate newspaper that the Salvation Army can assist in tracing lost kin. Alice wrote a letter to the address provided on his behalf.

She recalls, "They told me I'd have to send them either a birth, marriage certificate, or some other identification."

They then had to write to the County Clerk at Anderson in Grimes County. This is where the story becomes almost unbelievable:

The letter was opened at the County Clerk's office by none other than Rudy's daughter - who just happened to work there!

Debra felt uneasy about calling he father - it had by now been over 30 years since she had seen him - so her boss called Rudy. The next night she called her father herself and said, "Hi, pop, I heard you're looking for me."

Rudy discovered that he has a granddaughter, who he didn't know about. He and his family went to Anderson for his daughter's birthday and he saw her for the first time in 34 years.

They also found out that Aaron, Rudy's son, often drove a truck past Debra's home, not knowing his half sister lived there."

The meeting was all mean to be!

For help with reuniting families through the Salvation Army in UK please see here.

Other Similar Posts:
Photo Taken Of Father Showed His Missing Daughter
She Phoned The Same Place At The Same Time As He Did
67 Years After The D-Day Landings They Meet By Coincidence