The Coincidence Of Finding Money Against The Odds 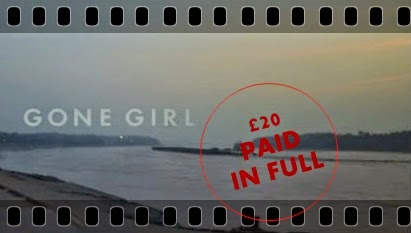 Here's an unlikely coincidence story from Jimmy T - unlikely because the chances of this happening are sky high.


"My wife, Joan, and I were going to the cinema, nothing too unusual about this. We parked the car down a side road near to the cinema. There was a narrow alley we could walk through to take a short cut, so we wouldn't have to walk along the road. Joan looked down and found a £20 note in the alley. She said that this would cover the cost of our tickets that evening. Our cinema trip therefore was a free night out.

We don't go to see a movie very often, but last week we decided to go again and see Gone Girl. I said we had better park in the same place, and go down the same alley, as we had previously. I jokingly added that Joan might find some more money.

As with our last visit we walked down the narrow alley and, believe it or not, Joan found another £20 note! The odds of this happening must be thousands and thousands to one.

Joan took it quite calmly and said that we should go to the cinema more often. Though we haven't been again since."

Other Recent Posts:
The Coincidence Of Meeting 9000 Miles From Home
A Walk Along The Coast In Tenerife
The Mysterious Dogon People And The Knowledge They Learned From The Fish-Like Aliens