Messages From The Dead Via White Doves, White Feathers And Butterflies 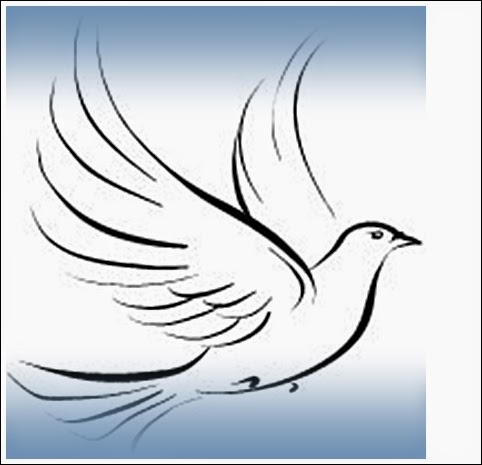 Following on from all of those other posts about white feathers, white doves and butterflies witnessed following a loved one departing this world, here are two more readers experiences. Both wish to remain anonymous.

A few days later there was a gorgeous white feather on my doorstep. Unsure, I asked my neighbour what this could mean. She told me I had been visited by an angel. The feather is still in my Bible to this day. It's not a seagull feather, nor any other known bird in this area. It's a beautiful white downy fluffy feather and I still have it! xx"


"A few years ago my life changed forever. My husband showed up at my office with tears streaming down his face telling me my brother passed away. I remember him driving me home. We sat outside taking it all in, and waiting on phone calls from other family members to make driving/flying arrangements to his town (10 hours away).

We were actually crying and laughing, as this was clearly miraculous.

On our very long drive to the funeral I took with me my books on Angels and connecting with loved ones who have passed away.

As I'm engrossed in my book, a few hours into the trip, I was startled by the loudest sound I've ever heard. Something slammed into the windshield ... we were travelling at 70 miles an hour.

I asked my husband, "What was that?"

He said (as we were pulling off the highway into a gas station), "A white dove came out of nowhere and hit our windshield!"

The craziest part is it left no blood ... no feathers ... just this white powder that made the most beautiful image of a perfect angel wing. It was as fine as flour, dusted lightly on our windshield. I actually took my finger and touched it in amazement.

Has anyone else ever been hit by a dove? I'd like to think the dove didn't die but, at 70 mph, how could it not."

Other Similar Posts:
20 Examples Of How The Dead Contact Us With Messages Or Signs The White Dove As A Messenger Of The Dead
The Meaning Of White Feathers As Messages From The Dead