The Telepathy Of Random Thoughts Of Kindness

I've written several posts about how my wife seems to know what I'm thinking - which can be very worrying at times! There was an example of this today which was fortunately quite harmless.

Actually, thinking about it, this time it may have been telepathy or me reading her thoughts.

I had been upstairs, in the room I call my office, and decided it was cup of tea time. I made my way down the stairs. As I was doing so I started thinking about random acts of kindness, such as paying for someone else in a queue for something. Like paying a toll bridge charge for the car behind.

I walked into our living room and Karin was reading a newspaper I hadn't seen. She looked at me and said words to the effect of, "There's a man here who does random acts of kindness like paying for someone in a queue for the person behind ..."

I had to butt in, "That's exactly what I was thinking about coming down the stairs." 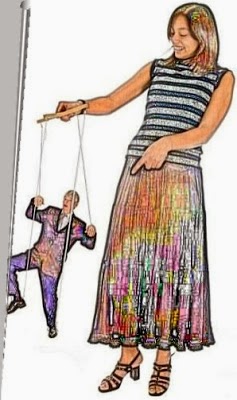 Karin showed me the article and then said, "Almost forgot, I poured you a cup of tea."

As I wrote once before, it does make me wonder who is pulling the strings!

So, to recap, I went down the stairs for a cup of tea and Karin had already made one and I was thinking about what she was reading!

It really is strange how couples, who have been together for a while, start thinking similar thoughts at similar times. Makes you wonder where the thought originated.

A couple of other posts I have written on this theme are The Sixth Sense Between Soul Mates and Telepathy Between Husband And Wife.

Now if we were to put in an effort into trying to develop telepathy, well, who knows what we might be able to achieve.